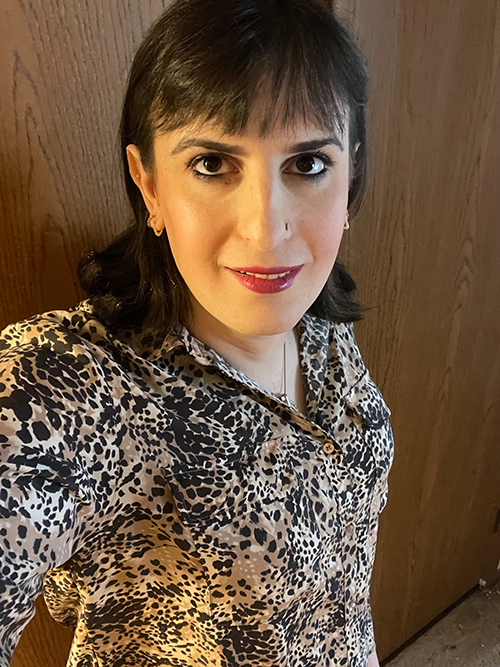 Sheryl Ring's experiences of anti-transgender discrimination in the courtroom are not unique, she says. "The difference is that I still had my license and a loving fiancée and friends to fall back on." (Photo provided by Sheryl Ring)

A transgender lawyer has won her lawsuit seeking a declaration that attorney ethics rules in Illinois do not allow discrimination based on gender identity.

Sheryl Ring, a lawyer in McHenry, Illinois, noted her victory in an April 14 tweet. “We won,” she wrote. “As of today anti-trans discrimination in Illinois courtrooms is officially unlawful.”

Ring won as a result of a stipulation by officials with the Illinois Attorney Registration and Disciplinary Commission. She told the ABA Journal in an email that the importance of the stipulation “cannot be overstated.”

“It’s easy to think of trans rights as some kind of niche debate” but it has a big impact, Ring said.

She has received messages from transgender attorneys across the state who feared coming out would cost them their careers or their licenses. She heard from lawyers who said transphobia of opposing counsel had resulted in motions for genital inspections, misgendering and use of their birth names (known as deadnaming) despite name changes.

Ring said she has experienced similar discrimination in her career. “I’ve lost a job for being trans. I’ve had an arbitration panel rule I wasn’t mentally competent to represent my client because I’m trans. I’ve had a judge order me to submit to a genital inspection during a mediation,” she said.

“I am absolutely overjoyed at this result, because for the first time trans litigants and attorneys in Illinois can walk into court knowing that misgendering, deadnaming and genital inspections are prohibited and they have recourse for violations,” Ring said.

The stipulation says the Illinois ethics rule banning sex discrimination applies when a lawyer discriminates against a transgender individual on the basis of sex in violation of a law or ordinance, when that law or ordinance’s use of the word sex encompasses gender identity or expression.

Because the stipulation is dependent on Bostock and an Illinois transgender rights decision remaining in effect, Ring will campaign for a change in the Illinois ethics rules to codify the ban on transgender discrimination.

She also wants to protect lawyers “from being outed” by Illinois ethics officials “as the agency continues to post trans attorneys’ deadnames without their consent on its website and to provide a more difficult path for trans attorneys to change their names than for cis married attorneys.”

Ring’s case has now been dismissed. Ring says the win is part of a group effort, obtained with support from lawyers, friends and legal groups.

She adds that Illinois “is not at all a trailblazer here.” By her count, only two other states—Alabama and Mississippi—have refused to enact some kind of ban on gender discrimination by lawyers.