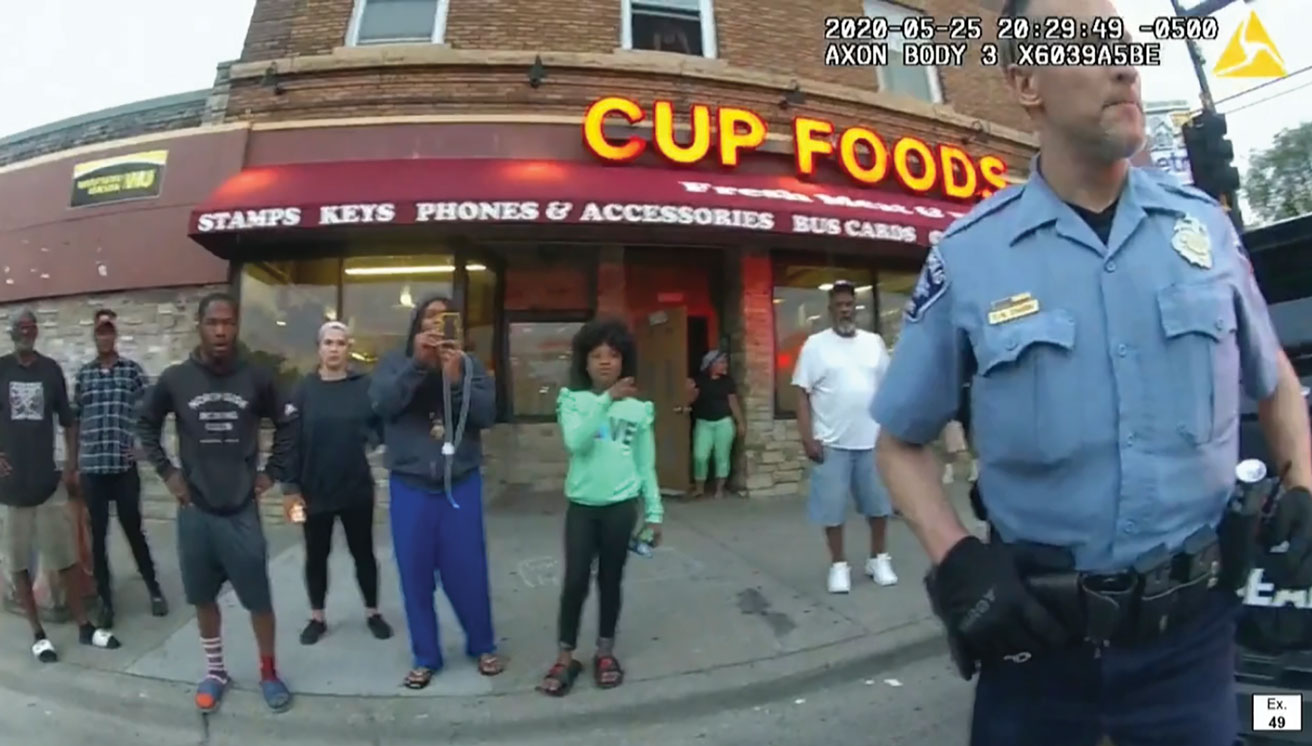 Derek Chauvin stands outside of Cup Foods in Minneapolis, where he murdered George Floyd in May 2020 by kneeling on his neck. Court TV via AP, Pool, File

When it comes to convicting police officers, clear and convincing evidence is only half the battle. During former Minneapolis police officer Derek Chauvin’s murder trial this spring, prosecutors told the jury repeatedly: “You can believe your eyes”—a reference to the brutal video showing Chauvin kneeling on George Floyd’s neck for more than nine minutes—“That it’s a homicide, it’s murder.”

But evidence—visual, circumstantial, forensic—has historically been irrelevant when a police officer is on trial, with law enforcement often accorded the benefit of the doubt and acquitted. This sentiment was, in essence, codified by the U.S. Supreme Court in 1989’s Graham v. Connor, which held that an officer’s actions must be judged against what a reasonable officer would do in the same situation.

Research shows, however, that there is a connection between holding law enforcement accountable and having a diverse jury. The Chauvin jurors were an outlier—57% white, 29% Black, and 14% multiracial, with 64% women and 36% men. In fact, the jury had a higher percentage of Black people than the city of Minneapolis. And the multicultural composition of the Chauvin jury was one of the most important factors in his conviction.

Impartial juries require a twofold effort: increasing diversity in the pool on the front end and ensuring voir dire and peremptory strikes do not weed out jurors of color and women once a trial begins.

According to the New Orleans-based Juror Project, “Juries lack … not just diversity of color, but also diversity of thought, experience and socioeconomic background. This lack of representation is driven by the strategic exclusion of minorities during the selection process, legal barriers to jury participation and misconceptions about jury duty that discourage participation.”

And ongoing systemic racial discrimination in jury selection has undermined the Sixth Amendment guarantee to a fair trial. 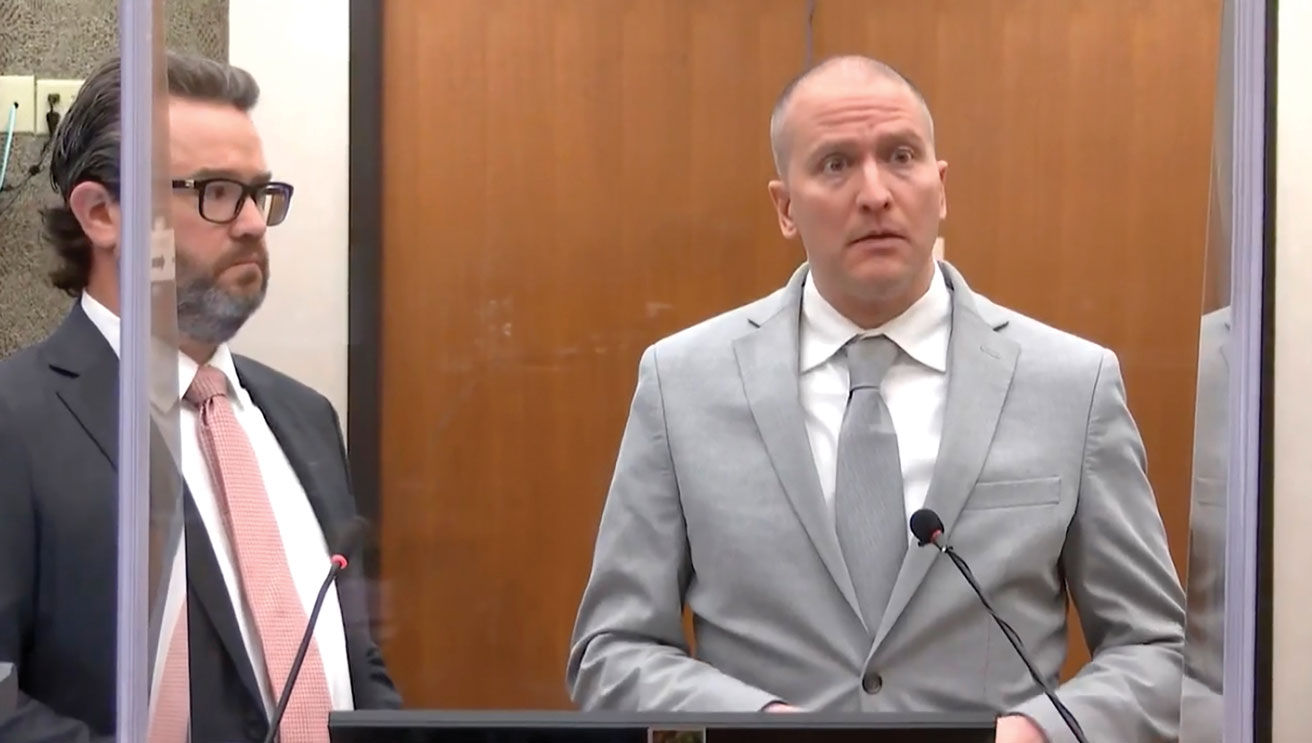 The multicultural composition of the Chauvin jury was one of the most important factors in his conviction. Court TV via AP, Pool

Well into the 20th century, prosecutors had nearly unfettered discretion to strike Black jurors. Laws banning Black people from participating on juries were struck down in 1880, but it wasn’t until the U.S. Supreme Court’s 1986 decision in Batson v. Kentucky that jurors could no longer be removed based on race. But this landmark decision was criticized for its shortcomings as soon as the ink was dry. In a concurrence, Justice Thurgood Marshall warned, “The decision today will not end the racial discrimination that peremptories inject into the jury-selection process. That goal can be accomplished only by eliminating peremptory challenges entirely.”

Heeding that call decades later, in 2018, Washington became the first state to reform peremptory challenge rules, replacing Batson’s “intentional discrimination” test with whether an “objective observer” would believe that race was a factor in the decision to strike the juror. Other states, such as California, have passed or have similar measures pending.

Batson challenges have been easily evaded, as attorneys need only offer a facially neutral reason to strike a juror. During two years of research in eight Southern states, the Equal Justice Initiative uncovered “shocking, present-day evidence of racial discrimination in jury selection” that nonetheless was ruled “race-neutral” by courts. Some prosecutors are even trained how to exclude minorities from juries and mask racial bias. 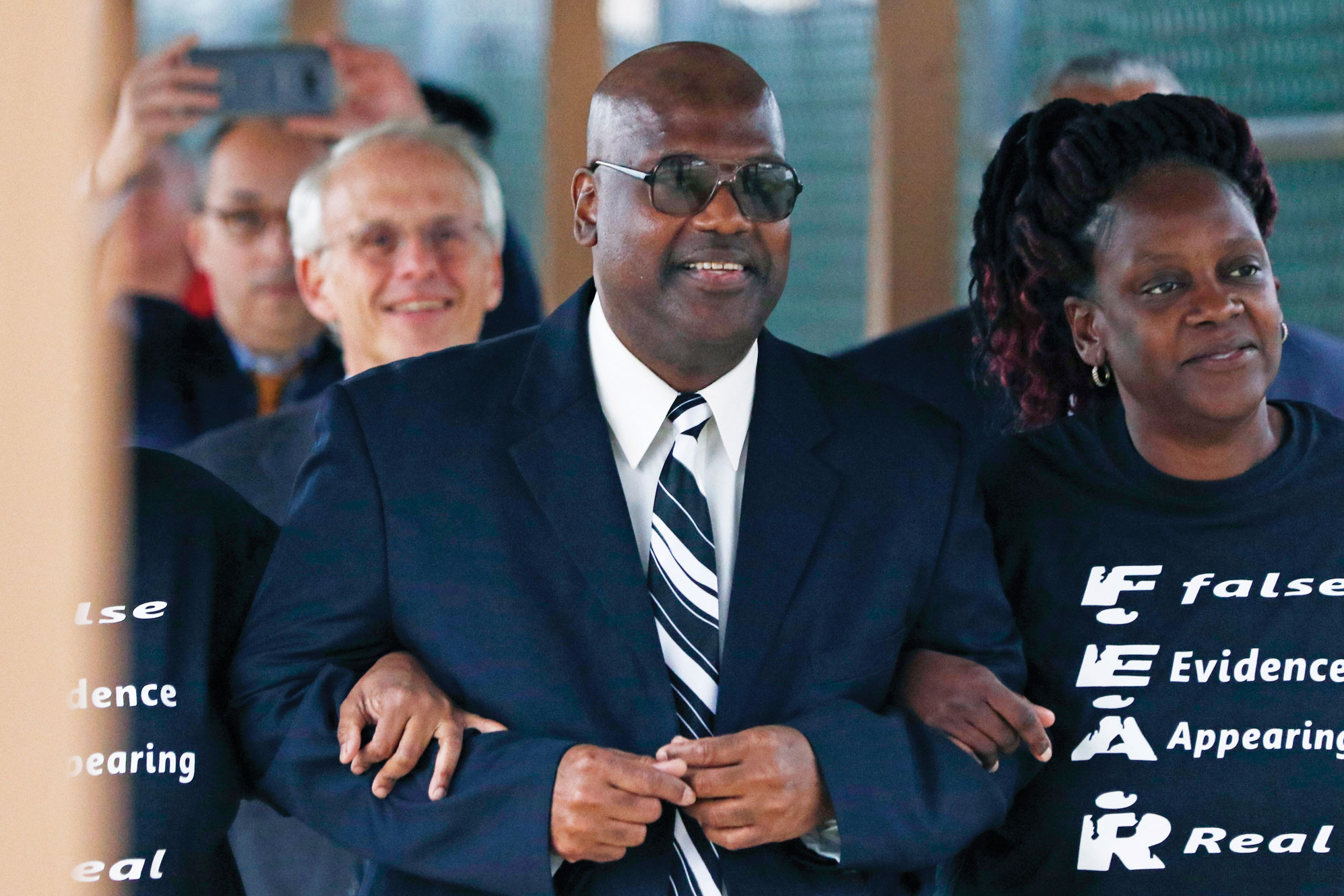 None of the juries that convicted Curtis Flowers had more than one African American juror, yet the county where he was tried is 45% Black. Photo by AP Photo/Rogelio V. Solis

One of the more notorious examples was the case of Curtis Flowers, who was sent to death row for the murder of four people in Winona, Mississippi, in 1997. Over the next 23 years, Flowers was tried six times, with three of the cases overturned for prosecutorial misconduct or Batson violations. Two more of Flowers’ trials ended in hung juries, and the sixth was reversed by the U.S. Supreme Court, which criticized Winona County District Attorney Doug Evans for striking 41 of 42 prospective Black jurors during the trials.

During oral argument, conservative justice Brett M. Kavanaugh took a strong position against peremptory strikes: “Part of Batson was about [the] confidence of the community and the fairness of the criminal justice system. … And that was against a backdrop of a lot of decades of all-white juries convicting black defendants.”

None of the juries that convicted Flowers had more than one African American, yet the county where he was tried is roughly 45% Black. An American Public Media Reports analysis of 26 years of jury selection data showed Evans’ office removed Black prospective jurors at nearly 4½ times the rate of white ones. Despite Evans’ record of discriminating against Black jurors, he was reelected in 2019.

A matter of justice

Studies have found diverse juries deliberate longer, more thoroughly evaluate the evidence and are less likely to have a presumption of guilt. But jury duty can pose challenges for some: time off work, low compensation for serving, financial stress or lack of reliable transportation.

Roughly a half-dozen states have introduced legislation to diversify jury pools. Proposals include expanding outreach in the selection process to include names of those who receive government assistance, or only have identification cards as opposed to a driver’s license or voter registration.

In December, a task force created by the Connecticut Supreme Court to investigate bias in jury selection recommended increased pay and child care services for jurors so participation wouldn’t be limited by economic status. And advocates for the formerly incarcerated are pushing for returning citizens with criminal convictions to be allowed to sit in the jury box in federal court and states where it’s prohibited.

Like all criminal justice reform efforts, reimagining jury service will take a concerted multifaceted effort. But the ball is rolling. Hopefully, soon a trial by a “jury of peers” will reflect a true cross section of our communities.

This story was originally published in the August/September 2021 issue of the ABA Journal under the headline: “Lessons from the Chauvin conviction.”