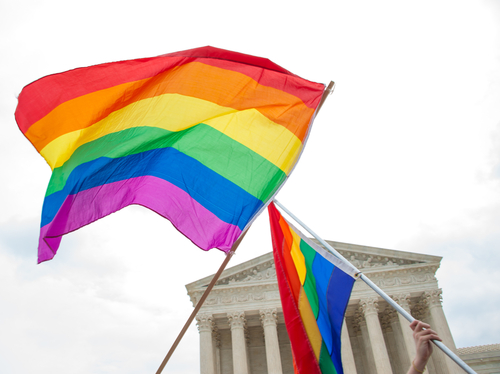 On Monday, the U.S. Supreme Court accepted three petitions regarding whether Title VII of the 1964 Civil Rights Act prohibits workplace discrimination based on sexual orientation and transgender status.

The 2nd Circuit finding, Altitude Express v. Zarda, involves a skydiving company instructor who was fired after telling a customer that he is gay. The en banc opinion was published in 2018.

Also, the Chicago-based 7th U.S. Circuit Court of Appeals found in a 2017 en banc opinion that Title VII protects employees from discrimination on the basis of sexual orientation. The defendants did not file a cert petition in that action.

The 11th Circuit opinion, Bostock v. Clayton County, stems from a county child welfare services coordinator who alleges that he was fired after his employer found out that he is gay. The full 11th Circuit in a 9-2 ruling denied an en banc appeal for that case in 2018, according to the Daily Report.

The third petition, R.G. & G.R. Harris Funeral Homes v. Equal Employment Opportunity Commission, is a 2018 opinion from the Cincinnati-based 6th U.S. Circuit Court of Appeals, which found that Title VII protected a funeral home director who was fired after disclosing that she was transitioning from male to female.

In 2017, former U.S. Attorney General Jeff Sessions released a memo that Title VII does not protect workers from discrimination based on gender identity. It followed oral arguments in Altitude Express v. Zarda. Former ABA President Linda Klein issued a press release in 2017 expressing disappointment in the Department of Justice’s new position, as expressed in Zarda.