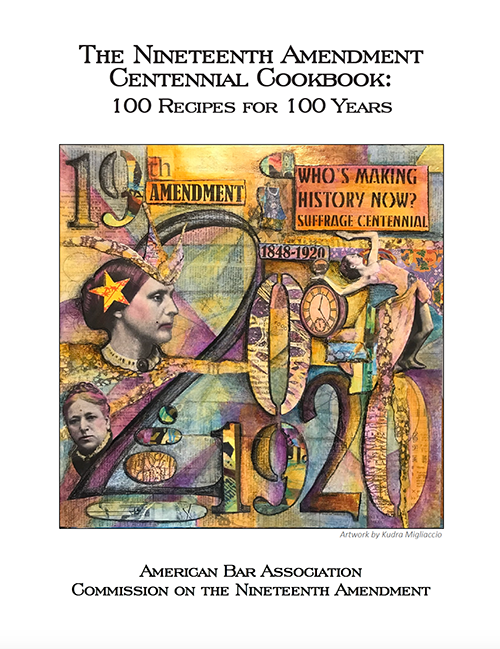 “The right of citizens of the United States to vote shall not be denied or abridged by the United States or by any State on account of sex,” reads the 19th Amendment, which was ratified on this day 100 years ago.

The ABA will continue its celebration of the centennial with a virtual discussion on Aug. 24 between Judge M. Margaret McKeown of the San Francisco-based 9th U.S. Circuit Court of Appeals, who chairs the ABA Commission on the 19th Amendment, and Elaine Weiss, the author of the Silver Gavel Award-winning book The Woman’s Hour: The Great Fight to Win the Vote.

The program, “The Great Unfinished Fight: A Conversation on the History and Legacy of the 19th Amendment,” will focus on how passage of the amendment marked the largest expansion of democracy in the country’s history, but still didn’t guarantee that many minorities, particularly women of color, would have equal access to the ballot box.

“This anniversary reminds us that the struggle to ensure voting rights for all Americans continues and that our voting rights should never be taken for granted,” ABA President Patricia Lee Refo said in a statement. “Voting is a fundamental right and privilege of democracy. As we look toward a general election complicated by the coronavirus pandemic, the American Bar Association is committed to ensuring that every citizen of this country who is eligible to vote has a safe and fair opportunity to cast their ballot.”

The ABA is also releasing a digital cookbook, The Nineteenth Amendment Centennial Cookbook: 100 Recipes for 100 Years, which mirrors similar cookbooks published by suffragists to gain support for the voting rights movement a century ago.

The ABA has previously marked the centennial with a virtual Law Day discussion on how the women’s suffrage movement changed the United States in April and a conversation between McKeown and Supreme Court Justice Ruth Bader Ginsburg on the amendment’s implications in Washington, D.C., in February.

The ABA also has a traveling exhibit, “100 Years After the 19th Amendment: Their Legacy, and Our Future,” which is curated by the Library of Congress.