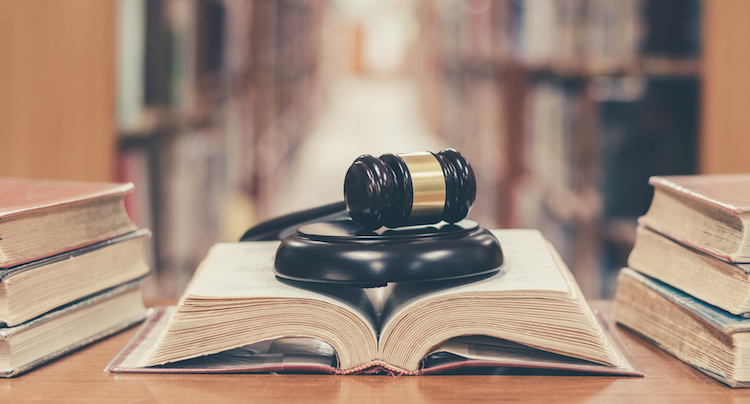 A federal appeals judge who is attracting national attention for his “aggressive rhetoric” in legal opinions has written a concurrence criticizing disparate-impact theory, likening it to critical race theory.

Judge James Ho of the 5th U.S. Circuit Court of Appeals at New Orleans elaborated on his views in a concurrence to a July 29 decision tossing a discrimination complaint by a Black landowner, Law360 reports.

According to an NPR story, Ho “has shaken up the staid world of appellate law by deploying aggressive rhetoric” in opinions that condemn “the moral tragedy of abortion” and opine that the Second Amendment should not be a second-class right. The NPR story was written before Ho’s disparate-impact concurrence.

Friends and former colleagues say Ho is a conservative intellectual discussing ideas, while critics say his opinions are like op-ed columns, according to NPR.

In the disparate-impact case, Ho and Judge Edith Jones wrote concurrences saying it should be up to Congress, rather than unelected officials, to decide whether disparate-impact theories can be pursued by litigants. Ho elaborated in an opinion that discussed what he viewed as shortcomings of the theory.

“There’s a big difference between prohibiting racial discrimination and endorsing disparate-impact theory,” Ho said. “It’s the difference between securing equality of opportunity regardless of race and guaranteeing equality of outcome based on race. It’s the difference between color blindness and critical race theory. … Prohibiting racial discrimination means we must be blind to race. Disparate-impact theory requires the opposite: It forces us to look at race—to check for racial imbalance and then decide what steps must be taken to advance some people at the expense of others based on their race.”

If disparate-impact theory is to be justified, it must be based on a legal presumption that evidence of racial imbalance is evidence of discrimination, he said.

“But a presumption of discrimination runs into a bedrock principle of our legal system. We ordinarily assume innocence, not bigotry. Plaintiffs must typically prove, not presume, discrimination. … Moreover, opponents of disparate-impact theory worry that it will only exacerbate, rather than alleviate, racial tension—by pressuring defendants to adopt policy changes for the explicit purpose of taking from some and giving to others based on their race.”

Jones and Ho raised their concerns in concurrences to a decision rejecting a discrimination claim by Manning Rollerson, who sued the Army Corps of Engineers over the acquisition of land in his majority-minority neighborhood for a harbor channel improvement project.

The appeals court allowed further proceedings, however, on Rollerson’s claim that the Army Corps of Engineers should have reviewed his administrative claim under disparate-impact regulations implementing Title VI of the Civil Rights Act of 1964.

Rollerson’s tossed discrimination claim was based on Title VI, which bars discrimination in programs receiving federal assistance. Rollerson had alleged intentional discrimination, but his lawsuit failed to allege discriminatory intent, the appeals court said in an opinion by Judge Catharina Haynes.

Before reaching that conclusion, Haynes discussed a method of proving intent that is based on the 1977 U.S. Supreme Court decision Village of Arlington Heights v. Metropolitan Housing Development Corp.

The case says the starting point of any inquiry is whether a challenged action bears more heavily on one race than another, the appeals court said. If the disparate impact can’t be explained on grounds other than race, intent must be inferred.

In her concurrence, Jones disagreed with analyzing Rollerson’s claim under Village of Arlington Heights because the harbor channel is fixed, and there are no other locations for expansion. Geography, rather than location, explains the land acquisition, she said.

“For my own part,” she wrote, “I think Justice Thomas has the better of the argument that statutes prohibiting on their face intentional discrimination should not be extended by judicial or administrative fiat to encompass disparate-impact theories.”

“It’s hard to imagine an area where we should be more wary of vesting discretion in public officials than race,” he wrote. “Citizens may fairly wonder how officials can condemn race-neutral policies as racist and defend explicitly race-conscious programs as inclusive.”