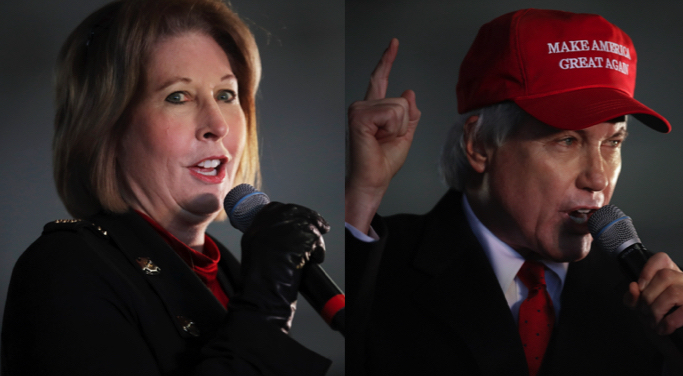 A federal judge has sanctioned lawyers for their election fraud lawsuit in Michigan, saying their claims were based on “speculation, conjecture and unwarranted suspicion.”

U.S. District Judge Linda V. Parker of the Eastern District of Michigan said the suit “was never about fraud—it was about undermining the people’s faith in our democracy and debasing the judicial process to do so.”

Law.com, the New York Times and the Washington Post are among the publications with stories.

Among the nine lawyers sanctioned were Sidney Powell of Dallas and L. Lin Wood of Atlanta.

The nine lawyers will have to pay attorney fees for Detroit and Michigan and will have to take 12 hours of continuing legal education courses. Parker also said she is referring the lawyers to their state disciplinary authorities for possible suspension or disbarment.

“Plaintiffs’ counsel’s politically motivated accusations, allegations and gamesmanship may be protected by the First Amendment when posted on Twitter, shared on Telegram or repeated on television,” Parker said in her Aug. 25 opinion. “The nation’s courts, however, are reserved for hearing legitimate causes of action.”

Parker also rejected claims by Powell and some of the other lawyers that their electronic signatures on court documents protected them from sanctions. Parker said the argument was frivolous “in this age of electronic filing.”

Parker also said the lawyers relied on affidavits based on “conjecture, speculation and guesswork.”

Among the instances that she cited:

• One of the affidavits was filed on behalf of a person called “Spider,” said to be a former U.S. military intelligence expert “with the 305th Military Intelligence.” But the person who signed the affidavit never completed the entry-level training course with the battalion and is not an intelligence analyst, Parker said.

• An affidavit made “wildly inaccurate assertions” about the vote count. One example: The affidavit asserted a 139.29% voter turnout in Detroit when the official turnout was 50.88%.

• An affidavit cited information from a man walking his dog, who said he saw people remove clear plastic bags from a van and take them to a U.S. Postal Service vehicle that appeared as if it was waiting for them. The affidavit was intended to support the claim that unsecured ballots were counted, but the affidavit was “a masterclass on making conjectural leaps and bounds,” Parker said.

The Michigan suit was one of four filed by Powell that are known as “kraken” suits. The name is based on her vow to “release the kraken,” a reference to a sea monster in Scandinavian folklore that emerges from the sea to devour its enemies.