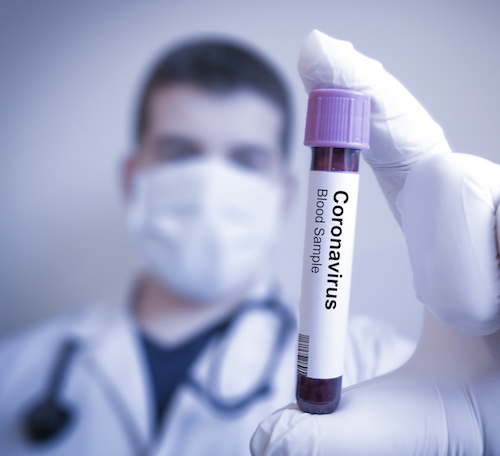 A federal judge has ordered immigration officials to provide rapid-result COVID-19 tests to all detainees at a California facility, where several staff members and detainees have already tested positive for the virus.

In his ruling Thursday, U.S. District Judge Vince Chhabria of the Northern District of California said U.S. Immigration and Customs Enforcement officials at the Mesa Verde detention center in Bakersfield, California, have likely violated the due process rights of detainees “through deliberate indifference to the risk of an outbreak.”

“Indeed, the documentary evidence shows that the defendants have avoided widespread testing of staff and detainees at the facility, not for lack of tests but for fear that positive test results would require them to implement safety measures that they apparently felt were not worth the trouble,” Chhabria wrote. “This conduct by the defendants has put the detainees at serious risk of irreparable harm. The defendants have also jeopardized the safety of their own employees. And they have endangered the community at large.”

The San Francisco Chronicle, Courthouse News Service and Law.com reported on the decision.

According to the Los Angeles Times, which also has coverage, 14 staff members and nine detainees at the Mesa Verde facility have now contracted COVID-19.

Civil rights attorneys noted in a motion for a temporary restraining order filed Wednesday that ICE and the GEO Group, the private contractor that runs the Mesa Verde facility, have added more detainees to the general population while leaving those with COVID-19 symptoms in their dorms to potentially spread the virus.

Additionally, the motion says, the GEO Group does not require its employees to be tested or quarantine at home if they have been exposed to someone who tested positive for COVID-19.

In granting the motion, Chhabria ordered the facility to administer the COVID-19 tests weekly, not take in new detainees, separate detainees who test positive for the virus, and file a daily report about the status of efforts to manage the crisis.

“The defendants, having responded to the health crisis in such a cavalier fashion (even in the face of litigation and a string of court orders), have lost the credibility to complain that the relief requested by the plaintiffs is too rigid or burdensome,” Chhabria said. “The defendants have also lost the right to be trusted that they will accomplish on their own what the plaintiffs contend requires a court order to ensure.”

Chhabria ordered ICE in late April to provide a list of detainees at serious risk of contracting COVID-19 and then ordered the release of nearly 130 of them, according to the Los Angeles Times. He also ordered the agency in June to stop admitting new detainees without putting in place proper testing protocols and a plan to quarantine detainees who tested positive for COVID-19, according to Courthouse News Service.