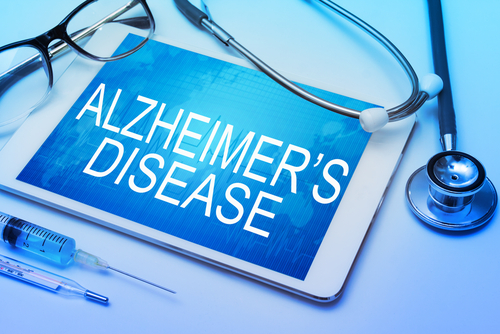 A New York judge has agreed to retire after a commission investigating reports of her erratic behavior learned that she has been diagnosed with Alzheimer’s disease.

Judge ShawnDya L. Simpson of Kings County will retire Oct. 31, according to an Aug. 10 press release by the New York State Commission on Judicial Conduct. She is in her mid-50s.

The New York Times and Law.com have coverage.

Simpson has been on medical leave since August 2019. She had not yet been diagnosed at the time of the incidents being investigated.

The commission was looking into complaints that Simpson’s demeanor “had become erratic and at times intemperate,” and that she was frequently absent from court. She arrived very late or left very early, or didn’t arrive at all, even though she was scheduled to preside, according to the complaints.

Some lawyers questioned whether Simpson could have been impaired by her condition before she took medical leave, according to the New York Times. In one hearing, a defendant sought a new trial for a murder that he said he didn’t commit. Simpson denied the request, citing reasons why. The defense lawyer complained that Simpson was wrong when she said a prosecution witness who testified at the hearing had also testified at trial.

Simpson abruptly left the bench, according to the New York Times, which reviewed a video of the hearing. When she returned to the bench more than an hour later, she wrongly suggested that the witness had testified for the defense.

Others who worked closely with Simpson told the New York Times that they saw no evidence of impaired judgment. She was described as smart and well-liked by those who spoke with the newspaper.

Simpson became a judge on New York’s trial-level supreme court in Kings County in 2017, according to a stipulation. Most recently, she was assigned to serve in Bronx County. Before that, she was a New York City civil court judge and a prosecutor.

“This is as sad a situation as I have encountered in over 40 years of judicial ethics enforcement,” said Robert H. Tembeckjian, the commission administrator, in the press release. “The commission sought to balance its responsibility to ensure public confidence in a capable judiciary with compassion for Judge Simpson and her family over her heartbreaking Alzheimer’s diagnosis. We wish her well in retirement and hope her example makes people more aware of how to recognize and cope with this insidious disease.”

In a joint statement, Tembeckjian and Simpson’s lawyers said they hope “her legacy will be burnished by her fortitude in revealing her condition and the degree to which this action might destigmatize Alzheimer’s disease and inspire others to learn more about how to recognize and cope with it.”

The stipulation says Alzheimer’s disease “attacks the memory and thinking centers of the brain. There is no known cure. Its effects are irreversible, and its progression is unstoppable. Its characteristics include memory loss, volatile mood swings, difficulty with language, loss of focus and/or comprehension, apathy and confusion.”

Simpson said in a statement that she had expected to retire much later in life. Being a judge had been a lifelong dream.

“I came from a ZIP code that doesn’t often spawn the kind of life, family and career I have been blessed to enjoy,” she said. “My life has been a little Black girl’s American dream.”