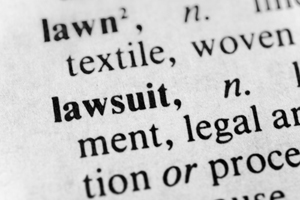 A law firm that continued limited operation during the COVID-19 pandemic sued New York’s governor and attorney general this week after receiving a cease-and-desist letter telling it to reduce on-site employees.

“Defendants have engaged upon scare tactics, deceptively justifying ‘emergency powers’ that are no longer reasonably necessary to protect the public.,” the suit says.

The lawsuit quotes Founding Fathers John Adams and Benjamin Franklin on the importance of liberty.

“Defendants, in a disturbing and gross abuse of their power, have seized the COVID-19 pandemic to expand their authority by unprecedented lengths, without any proper constitutional, statutory or common law basis therefor,” the suit says.

HoganWillig received a cease-and-desist letter from the attorney general’s office April 20 that demanded that the firm take immediate steps to reduce the number of employees working at its Getzville, New York, office.

HoganWillig explained the actions that it has taken to reduce its employees at the office and protect their safety while there, the suit says. An assistant attorney general responded with a demand that the law firm take additional steps.

In conversations, the assistant attorney general “made it clear that plaintiff was being watched and monitored and was conducting car counts in the parking lot and underground garage,” the suit says.