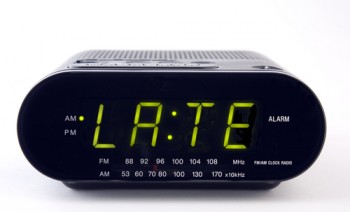 The unexpected deaths of two lawyers and a series of tornadoes don’t excuse the late filing of an expert report on damages, a federal judge in Dallas has ruled.

Ruling on Friday, U.S. District Judge Ada Brown said the prejudice to defendant ADT Inc., a security company, outweighed the risk of harm to the plaintiff seeking to admit the late report.

The expert initially estimated damages for interference with current and prospective contracts at about $673,000 but later contended that ADT’s wrongdoing caused total damages of about $4.2 million. The later report will not be admitted, Brown ruled.

The plaintiff, Premier Electronics, claims that ADT conspired to take over its contract to provide security alarm monitoring services to a new housing development and interfered with prospective contracts in other developments, according to Brown’s opinion.

The initial deadline for expert reports was in August 2019, but both parties agreed to an extended deadline of Oct. 21, 2019. Premier Electronics filed the first report by the expert, certified public accountant Phillip Hogan, two days after the Oct. 21 deadline and an amended report in November. Those reports both estimated damages at about $673,000.

Premier Electronics sought to file an amended report by Hogan in December 2019 in which he claimed an additional $3.57 million in damages to Premier Electronics. The additional damages were based on new damage theories, ADT argued. The report was submitted the day before Hogan’s deposition.

Premier Electronics argued that its first two reports were incomplete because tornadoes that struck Dallas on Oct. 20 caused a power outage to Hogan’s building. Premier Electronics also points to the May 2019 departure of an associate and the unexpected deaths of two other lawyers in September and October that left its lead counsel with an increased caseload.

The lead counsel became the only full-time civil litigator in his law firm, leaving him less time to communicate with Hogan, Premier Electronics said.

Brown acknowledged that the opinions in Hogan’s third report are extremely important to Premier Electronics but said that isn’t enough to override enforcement of scheduling orders.

“Hogan’s latest expert report was provided four months after the expiration of the deadline in the court’s scheduling order and almost two months after the extension ADT agreed to,” Brown wrote. “That it plans to produce another totally new untimely expert report makes this court’s scheduling order powerless to keep this case on track. ADT is entitled to defend this case and not be forced to respond to a damages opinion that is ever-changing.”