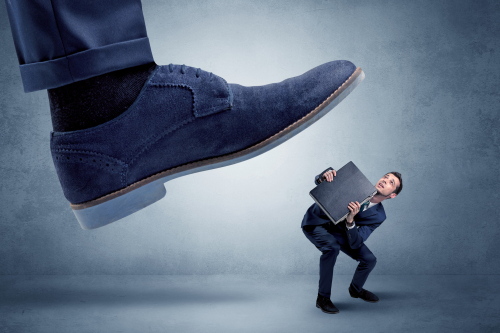 The Tennessee Supreme Court has suspended a Georgia lawyer after a hearing board found that he misled an administrative law judge and bullied her during his representation of a methadone clinic.

The court suspended Atlanta lawyer James Dunlap Jr. from practicing in Tennessee for one year, according to Bloomberg Law and the Tennessee Supreme Court’s Feb. 7 decision.

Dunlap was accused of misleading administrative law Judge Kim Summers about the status of related federal litigation and threatening her with a lawsuit, which he ended up filing.

The lawsuit faulted Summers for missing a 180-day deadline for holding a hearing, even though Dunlap had sought the delays, according to the Tennessee Supreme Court.

Dunlap was allowed to practice temporarily in the state while representing Tri-Cities Holdings, an outpatient methadone clinic in which his family had an ownership interest.

The litigation began when Dunlap sought a required certificate of need from a state agency for Tri-Cities to operate in Johnson City, Tennessee.

He also filed a federal lawsuit in the Eastern District of Tennessee that claimed that Johnson City’s zoning ordinance violated the Rehabilitation Act and the Americans with Disabilities Act.

The federal court dismissed the case, with the opportunity to refile, after finding that the pending request with the Tennessee agency had to be decided first. The agency denied the certificate.

Dunlap then filed an administrative appeal of the denial, which landed before Summers.

Dunlap also filed a new federal lawsuit, this time in the Middle District of Tennessee, that also alleged violation of the Rehabilitation Act and the ADA. Dunlap asked Summers to stay the administrative appeal while the federal case was pending. Summers obliged.

A federal magistrate judge said the second lawsuit was “rather obvious judge-shopping.” The case was transferred back to the Eastern District, which stayed discovery to allow the administrative appeal to proceed.

Summers then asked whether there were any developments in the federal case. Dunlap said there were none and sought a longer stay in the administrative proceedings.

Opposing counsel informed Summers about the magistrate judge’s ruling in a motion for a hearing in 2014.

Dunlap responded that Summers had to issue the required certificate, without a hearing, under the ADA. Failure to do so would create a cause of action against her, he said. He also said he might ask the Department of Justice to include Summers and her state agency in an ADA enforcement action.

Dunlap also allegedly said opposing parties were trying to enlist Summers to be their “fixer.”

Dunlap filed a third federal suit naming Summers in her official capacity that alleged that she had violated the ADA by failing to grant the certificate. The suit also claimed that Summers retaliated against him and failed to schedule the administrative case within the deadline.

The case was transferred to the Eastern District of Tennessee, where it was tossed.

Dunlap testified in the ethics case that he has never been disciplined before. He said he represents clients “forcefully but within the bounds of appropriate professional conduct.” He said his statements to Summers were intended to get her attention, but he did regret using the word fixer.

A hearing panel found that Dunlap misled Summers and impeded the administrative appeal through “conduct that amounted to bullying.” The Tennessee Supreme Court agreed that Dunlap had violated ethics rules and upheld the one-year suspension.

Dunlap was not honest with Summers about the status of the federal case, the Tennessee Supreme Court said. Dunlap “violated his duty of candor to the tribunal and engaged in dishonest conduct,” the court said.

In addition, the Tennessee high court said, Dunlap’s conduct goes “far beyond the use of forceful language.”

“Mr. Dunlap’s statements about Judge Summers becoming a ‘fixer’ for and ‘aiding and abetting’ opposing parties undermine trust in the impartiality of the administrative tribunal,” the Tennessee Supreme Court said. “Mr. Dunlap’s interference with the regular operation of the administrative appeal process and the resulting delay, coupled with his disparaging remarks toward Judge Summers and the tribunal, are evidence of harm to the legal system.”

Dunlap told the ABA Journal that he had no comment on the decision. “I would note to you that this matter involved a civil rights case under the ADA, including my representing eight disabled individuals that were being forced to drive 100-plus miles for the nearest standard of care treatment in North Carolina,” he said in an email.

“I would like to say that the Tennessee Board of Professional Responsibility offered me the opportunity to accept a public censure in the case, but it would have prejudiced my client’s ADA case and, therefore, I declined to accept the offer,” he added. “The board refused my request to delay the case until the federal ADA litigation was over to allow me the chance to accept the public censure.”

He said his license status in Georgia is not affected at this time, but he understands that the bar there will receive notice of the decision.