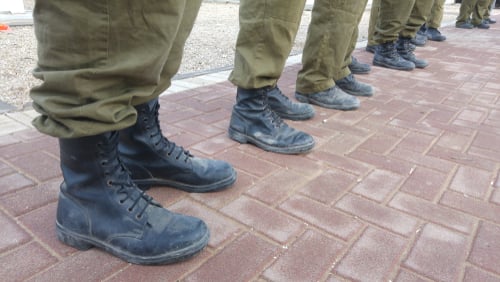 A federal appeals court has held that Congress did not exceed its constitutional authority when it allowed court-martial jurisdiction over a service member who was retired from active duty and working as a civilian employee.

The U.S. Court of Appeals for the District of Columbia Circuit ruled Aug. 2 against Steven Larrabee, a member of the Fleet Marine Corps Reserve in Japan, who pleaded guilty at a court-martial to the sexual assault of bartender who was unconscious after becoming inebriated. He was sentenced to 10 months of confinement and a dishonorable discharge.

Members of the Fleet Marine Reserve receive retainer pay and can be ordered into active service in times of war or national emergency, in which they may be required to serve for the duration of the crisis and up to six months afterward.

Larrabee had argued that Congress didn’t have constitutional authority to provide court-martial jurisdiction under the make-rules clause, which says Congress can “make rules for the government and regulation of the land and naval forces.” He contended that members of the Fleet Marine Reserve were for all practical purposes civilians who may not be regulated under the clause.

He also argued that the military can’t court-martial a retiree for a crime that has no connection to the armed forces. The appeals court rejected those arguments.

Whether a person can be subjected to court-martial depends on the military status of the accused, the D.C. Circuit said. A person has military status if they have a formal relationship with the military that includes a duty to obey military orders, the appeals court said.

Applying that test, the D.C. Circuit said Larrabee’s court-martial was constitutional. When he transferred to the Fleet Marine Reserve, Larrabee still had a legal relationship with the armed forces because he had a duty to obey an order to return to active-duty service, Rao said.

In a partial dissent, Judge David S. Tatel said he agreed on the test to be used to determine whether someone is subject to court-martial jurisdiction. But he disagreed that Larrabee was subject to that jurisdiction.

By interpreting a recall order like any other military order, “the court extends court-martial jurisdiction not only to the Fleet Marine Corps Reserve but also to roughly two million military retirees,” Tatel said.

Hat tip to Courthouse News Service, which had coverage of the case, and How Appealing, which linked to the opinion.