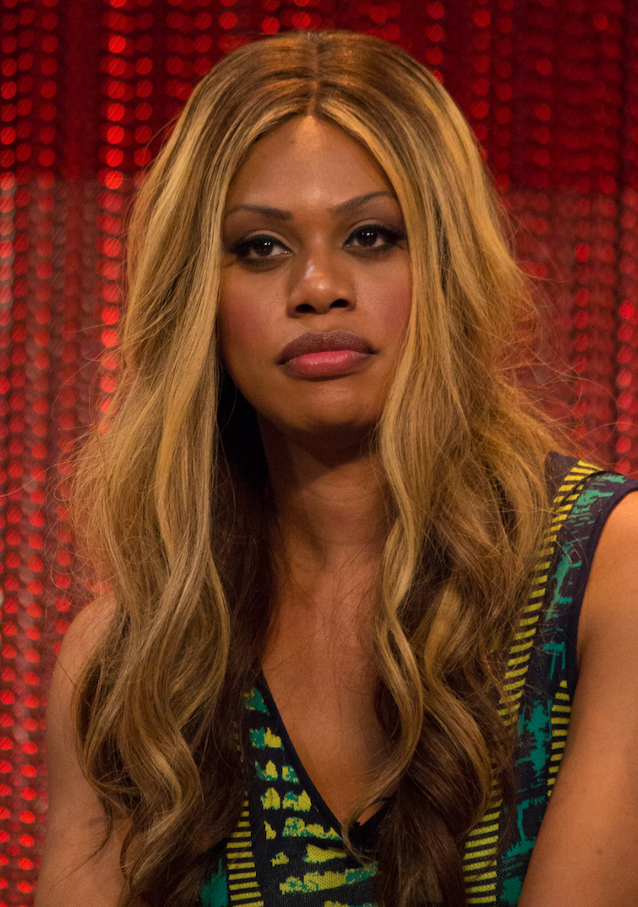 Laverne Cox in 2014. Photo from Wikimedia Commons via Flickr.com.

Orange is the New Black actress and LGBTQ advocate Laverne Cox wanted to deliver a message to viewers watching the Emmy Awards on Sunday. Cox’s date was an ACLU staff attorney, and her clutch was a specially designed rainbow handbag bearing the message “Oct. 8, Title VII Supreme Court.”

The Wrap, Out, E! News, Vanity Fair and Variety have coverage.

Cox, who is transgender, and her date, lawyer Chase Strangio, spoke on the red carpet about the importance of three cases affecting LGBTQ rights being heard by the U.S. Supreme Court on Oct. 8. Strangio is a staff attorney with the ACLU’s LGBT & HIV Project and a nationally recognized expert on transgender rights.

The ABA filed an amicus brief siding with the employees.

“Everyone should be aware that the administration is asking the Supreme Court to make it legal to fire workers just because they’re LGBTQ,” Strangio told E! News during its red carpet coverage. “And this is actually going to transform the lives of LGBTQ people and people who are not LGBTQ. Anyone who departs from sex stereotypes, like all the fabulous people here, for example. So we really need to show up Oct. 8 and pay attention because our lives are really on the line.”

Cox urged everyone to tell their family and friends about the cases. She designed the handbag in collaboration with Edie Park.

The ACLU released a video on Monday featuring Cox and a number of other celebrities reading from a letter written by one of the litigants before the Supreme Court, Aimee Stephens. In the letter, Stephens tells her funeral home employer that she is transgender and returning to work as a woman after her vacation.

Cox was at the Emmy Awards because of her nomination for outstanding guest actress in a drama series. The winner was Cherry Jones of The Handmaid’s Tale.