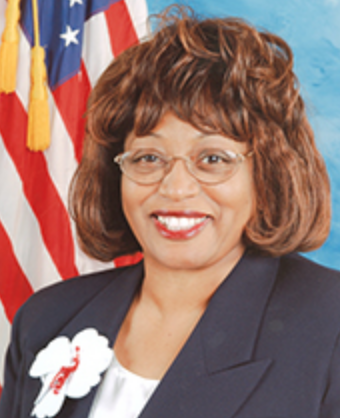 Former U.S. Rep. Corrine Brown of Florida. Photo from the History, Art & Archives website of the U.S. House of Representatives.

Former U.S. Rep. Corrine Brown of Florida is entitled to a new trial in an alleged charity scam because a federal judge removed a juror for his "Holy Spirit" remark, a federal appeals court ruled Thursday in a 7-4 en banc decision.

The juror, identified as Juror No. 13, had said at the outset of deliberations that the Holy Spirit told him that Brown was innocent of all charges.

Law360 and the Tallahassee Democrat have coverage of the May 6 opinion by the 11th U.S. Circuit Court of Appeals at Atlanta.

“Juror No. 13’s vernacular that the Holy Spirit ‘told’ him Brown was ‘not guilty on all charges’ was no more disqualifying by itself than a secular juror’s statement that his conscience or gut ‘told’ him the same,” the majority said in an opinion by Judge William Pryor.

“Of course, neither a religious nor secular juror may convict or acquit a defendant using his internal decision-making processes without regard to the evidence. But Juror No. 13 repeatedly explained that he was, in fact, reviewing and deliberating over the evidence,” he wrote.

Brown was convicted on fraud and tax charges in May 2017 for using contributions to the charity that she operated to pay for personal expenses. Brown and two others were accused of conspiring to defraud charitable donors of more than $800,000. Brown was sentenced to five years in prison.

The juror who made the Holy Spirit remark told the judge in the case that he had prayed about the case and had received information from “my Father in heaven.” He said, however, that his religious beliefs required him to follow the judge’s instructions to base a decision on the evidence.

A three-judge panel of the 11th Circuit had ruled in January 2020 that U.S. District Judge Timothy Corrigan didn’t err by dismissing the juror and replacing him with an alternate. Pryor had been the dissenter in the panel opinion.

In his majority opinion for the en banc court, Pryor said Juror No. 13 had expressly disavowed that his religious beliefs were interfering with his ability to decide the case on the facts and the law.

“It is hard to imagine what kind of evidence could prove more convincingly that a religious juror should not be dismissed,” Pryor said.

“Juror No. 13’s vivid and direct religious language—read in the light of his other statements—suggests he was doing nothing more than praying for and receiving divine guidance as he evaluated the evidence or, in secular terms, provided an explanation of his internal mental processes—all consistent with proper jury service,” Pryor said.