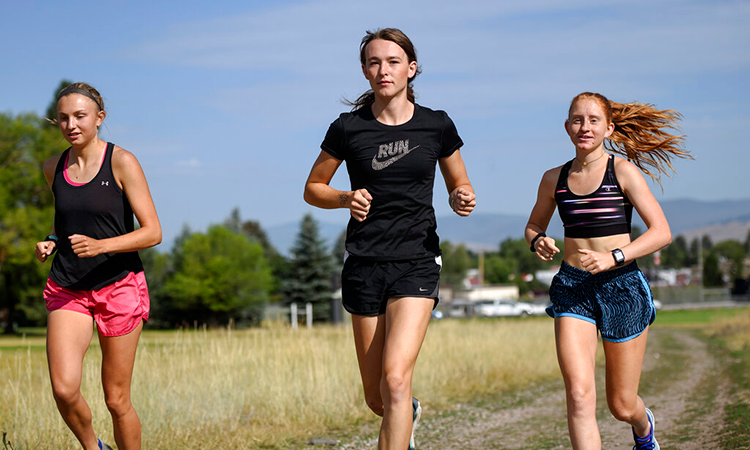 The House of Delegates weighed in on the ongoing national debate over transgender youth and sports at the ABA Hybrid Annual Meeting on Monday.

Resolution 609, sponsored by the Commission on Sexual Orientation and Gender Identity, takes a stand on the issue, opposing all legislation, regulations or policies that prohibit transgender students from participating in athletics in line with their gender identity.

More than half of the states in the country have introduced bills that aim to exclude transgender youth from participating in sports, according to SOGI’s data, which is highlighted in the report that accompanies the resolution. Several states, including Alabama, Arkansas, Mississippi, Tennessee, Montana and Florida, have passed laws in recent months that prohibit transgender athletes’ participation, while South Dakota’s Republican governor, Kristi Noem, issued an executive order to achieve a similar ban.

These efforts have also surfaced on the federal level. In March, Sen. Tommy Tuberville, a Republican from Alabama, introduced an amendment to COVID-19 relief legislation that would have denied schools federal Title IX funds if they allowed students designated as male at birth to participate in sports programs designated for female athletes. The measure was defeated in the U.S. Senate by a vote of 50 to 49.

Diana Katherine Flynn, a special advisor to SOGI, told House members they could help avoid significant harm to transgender youth if they opposed this type of legislation and rules.

“We are dealing with one of the most vulnerable groups in the country in trans youth,” Flynn said. “They often are bullied, they suffer depression, they are humiliated in certain contexts, and many of them have found a way to belong in school activities like sports. When you have a situation where a government—for example, a state government—steps in and says to a trans student, ‘Your identity doesn’t count, you can no longer participate with your friends and your peers in school activities, you don’t deserve to do that,’ that is an enormous creation of stigma, an enormous blow to a trans student.

“That’s a road I think we as a society do not want to go down, and that is a road that should be opposed by the ABA.”

SOGI contends in its report that states’ recent legislation is inconsistent with existing law, as federal courts have repeatedly held that individuals who are transgender are protected against discrimination on the basis of sex. In June 2020, the U.S. Supreme Court said in Bostock v. Clayton County, Georgia that an employer who fires an individual because they are gay or transgender violates Title VII of the Civil Rights Act of 1964.

Legislation that seeks to exclude transgender students from participating in sports is also widely opposed by the general public as well as professional athletes, businesses and major medical associations.

In December 2020, the American Academy of Pediatrics, American Medical Association, American Psychiatric Association and 10 other health care organizations filed an amicus brief opposing an Idaho law that prohibited transgender student athletes. They argued that “barring transgender girls and women from participating in school sports consistent with their gender identity frustrates the treatment of gender dysphoria by preventing transgender girls and women from living openly in accordance with their true gender.”

A federal judge had several months earlier issued a preliminary injunction that prevents enforcement of the Idaho law—the first of its kind in the nation—while the challenge against it proceeds through the courts.

Victor Marquez, the chair of SOGI, also spoke in favor of Resolution 609, saying it had garnered wide support within the ABA, including from the Section of Family Law.

“This is the right thing to do today,” Marquez said. “This is about inclusion, diversity and equity for these young children and youth who simply want to be who they are. They want to be able to live a life where they can play sports.”

The House of Delegates approved the resolution, which is consistent with the ABA’s commitment to enacting policy that supports LGBTQ+ individuals.

At last year’s annual meeting, the association adopted a resolution that opposes all legislation, regulations and policies that discriminate against individuals who are transgender or nonbinary on the basis of gender identity or that impose barriers to obtaining or providing medical care to affirm individuals’ gender identity.

It adopted two other resolutions opposing legal discrimination on the basis of sexual orientation or gender identity at the midyear meeting in 2019.