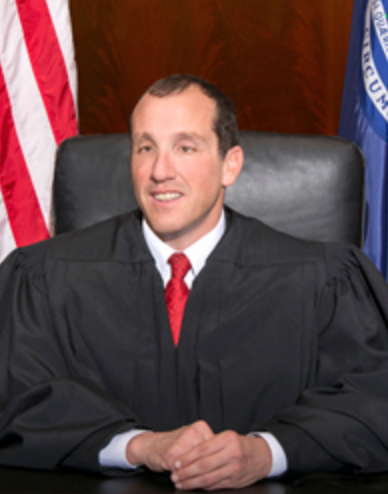 Michigan Supreme Court Justice Richard Bernstein has been working from Dubai and Israel for the last three months while he participates in a program to improve cultural understanding of people with disabilities.

Bernstein, who is blind, said he is working full time as a justice, connecting remotely to arguments, while working with a program that is part of the Abraham Accords, signed by Israel, the United Arab Emirates and the United States.

The Detroit Free Press, MLive.com and the Jewish Telegraphic Agency have coverage.

The Michigan Supreme Court has been having remote hearings because of the COVID-19 pandemic.

“I can’t wait to be back in person, but I don’t see why I shouldn’t use this time to do something good,” Bernstein told MLive.com. “If I can get my work done, why would you not take advantage of a unique opportunity that would promote real change?”

Bernstein left Michigan on Jan. 7 and stopped first in Dubai. He has done media interviews, met with government officials, and visited schools as part of the program to raise support for children with disabilities. He also plans to visit military bases in Israel to support people with disabilities being able to serve on bases.

He plans to go to Uzbekistan and possibly some other countries before he returns to Michigan.

Bernstein told the Jewish Telegraphic Agency that the UAE officially refers to people with disabilities as “people of determination,” and he appreciates the reference.

Bernstein has not accepted a stipend for his work because the U.S. Constitution’s emoluments clause bars him from accepting money from foreign governments.

“I paid for myself because I care about this issue,” he told MLive.com.

Bernstein doesn’t think a clause in the Michigan Constitution poses a problem for him. It reads, “Whenever a justice or judge removes his domicile beyond the limits of the territory from which he was elected or appointed, he shall have vacated his office.”

Bernstein said he isn’t changing his residency, and he shouldn’t be “torn to shreds” by critics for wanting to do good, according to MLive.com.