Supreme Court puts off action on Trump-related cases; is it waiting for the clock to run out? 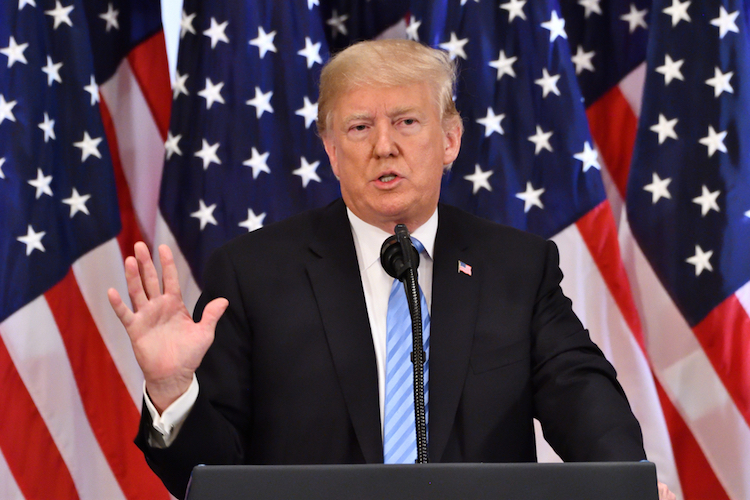 The U.S. Supreme Court does not appear to be in a rush to decide legal matters related to President Donald Trump.

The Supreme Court has yet to decide whether to hear President Donald Trump’s bid to shield his financial records from Manhattan prosecutors, the Washington Post reports. And it still has not decided whether it will hear a case challenging a three-day deadline extension for the counting of ballots in Pennsylvania.

“Has the Supreme Court hit the pause button on all things President Trump?” the Washington Post asks.

In the financial records case, the Supreme Court ruled in July that Trump isn’t automatically immune from state criminal subpoenas. On remand, Trump argued that the subpoena for his tax records was overbroad and issued in bad faith. The 2nd U.S. Circuit Court of Appeals at New York rejected Trump’s bid to block the subpoena in October.

In the Pennsylvania case, Justice Samuel A. Alito Jr. issued a Nov. 6 order requiring the segregation of Pennsylvania ballots received after Election Day. The Pennsylvania Supreme Court had allowed three extra day to count ballots with Election Day postmarks in a decision citing the state constitution. Opponents say only the legislature can set the rules.

In the month before Alito’s order, the Supreme Court had declined to block the vote count in a split 4-4 decision. But the cert petition remains before the Supreme Court, even though the number of disputed ballots is too small to affect the election result in the state.

It’s possible the Supreme Court is “allowing the clock to run out,” according to the Washington Post. The newspaper spoke with Michael C. Dorf, a professor at the Cornell University law school, who said the Supreme Court likely does not want a replay of Bush v. Gore, the 2000 case that cleared the way for the presidency of George W. Bush.

As the Supreme Court appears reluctant to jump in, ABA President Patricia Lee Refo issued a Nov. 16 statement on the election that supports the rule of law, the work of the courts and a peaceful transition of power.

“The American people have voted in record numbers. Every vote expresses a citizen’s voice, and each vote legally cast must be counted,” Refo said.

Refo noted that our democracy is built on the rule of law, which requires adhering to election rules and regulations. If “legitimate concerns” remain about enforcement of those laws, courts are the proper venue to resolve them, Refo said.

“Once the courts have ruled, individuals have the right to disagree with those decisions, but that disagreement does not affect the validity of the court’s decisions. That is the very essence of the rule of law,” Refo said. “The rule of law also prescribes the peaceful transfer of power following an election.”

Refo said institutions of democracy “once again proved their brilliance, even under the considerable strain of a pandemic and other challenges. The American public, volunteers, public servants, the judiciary and lawyers all deserve our heartfelt appreciation for their work to ensure the electoral process remains fair and just across our nation.”