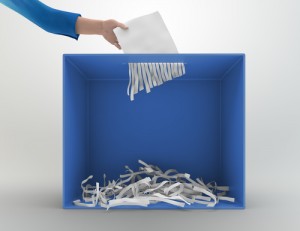 The U.S. Supreme Court on Thursday night blocked a judge’s ruling that eases absentee voting requirements in Alabama for an upcoming election.

Alabama adopted an emergency regulation allowing any voter to apply for an absentee ballot for the election, without stating a reason, because of the COVID-19 pandemic. But the state still required voters who wanted to vote absentee to submit a copy of their photo ID, along with an affidavit signed by a notary public or two witnesses. The notary public could witness the signature by videoconferencing.

Kallon had blocked the state from enforcing the witness and photo ID requirements against some high-risk voters in three counties where the plaintiffs lived and voted. Kallon also allowed counties to institute curbside voting without interference from the state, if any counties wanted to adopt that option.

It was the second time in a week that the Supreme Court rejected an emergency request that would ease voting restrictions. On June 26, the court rejected a request to reinstate a judge’s order allowing any Texas voter to vote by absentee ballot during the pandemic.

The Supreme Court didn’t explain its decisions in the Texas or Alabama cases. But an April 6 decision in a Wisconsin case may provide a hint, according to SCOTUSblog.

In that case, the Supreme Court blocked a judge’s order that extended the deadline for absentee voting in Wisconsin to six days past a scheduled April 7 election.

In an unsigned opinion, the five-justice majority said “lower federal courts should not ordinarily alter the election rules on the eve of an election.”

The case is Merrill v. People First of Alabama.