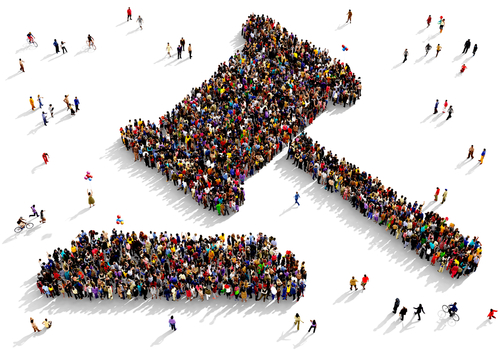 Big money poured into state supreme court races that took place in 25 states Tuesday. But the makeup of courts in only two of those states changed in a way that's likely to have a significant impact.

States supreme courts in Ohio and North Carolina saw “power shifts” as a result of the election, Bloomberg Law reports.

Voters in other states mostly maintained “the status quo,” according to a summary by the Brennan Center for Justice at the New York University School of Law.

Political parties and affiliated groups spent more than $63 million in advertising for 11 state supreme court races, according to Bloomberg Law.

The Brennan Center for Justice called the North Carolina Supreme Court election “one of the most anticipated this year.” The center noted a series of 4-3 decisions in which the court struck down partisan gerrymanders and held that the racially gerrymandered legislature may not have the power to propose some constitutional ballot initiatives.

In Ohio, the court had a 4-3 Republican majority, but the Republican chief justice had joined with Democratic justices to strike down partisan gerrymanders and limit the use of bail. The chief justice is retiring, and he was replaced by a more conservative Republican, Bloomberg Law reports.

Besides winning the chief justice race, Republicans won the two other competitive races for the Ohio Supreme Court.

The Brennan Center for Justice noted that the Ohio justices had their party affiliation identified on the ballot for the first time as a result of law passed last year by the legislature.

“Republican wins in the Tarheel State and Buckeye State ensure that the redistricting fights ahead in those states within the next decade are ruled on by strong conservatives who will follow the Constitution and don’t believe it’s their role to draw maps from the bench,” said Dee Duncan, the president of the Republican State Leadership Committee Judicial Fairness Initiative, in a statement cited by Bloomberg Law.

In Kansas, meanwhile, voters retained all six justices up for retention on the state supreme court. A misleading mailer urging a no vote on the justices had falsely implied that ousting them would protect the right to abortion.

In reality, the six justices were supported by abortion-rights groups. And five were opposed by an anti-abortion group, Kansans for Life.