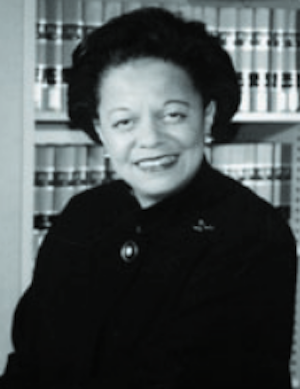 Lawyer Karen Hastie Williams died last month at age 76. She was the first Black woman to clerk at the U.S. Supreme Court and the first Black partner at Crowell & Moring. Williams’ father had been the dean of Howard University’s law school before becoming governor of the U.S. Virgin Islands and a federal appeals judge. But Williams said in an oral history for the ABA her eighth grade guidance counselor dismissed her legal career aspirations, suggesting that she instead aspire to be a store clerk. (The New York Times; the Washington Post here and here; ABA oral history transcripts, video and biography; Crowell & Moring biography via the U.S. Securities and Exchange Commission)

U.S. District Judge Carl Nichols of Washington, D.C., has refused to toss a defamation lawsuit filed against the Washington Post by Republican U.S. Rep. Devin Nunes of California. Nichols said a reasonable juror could understand the article to say “Nunes had made baseless claims about [the Obama administration] spying on Trump Tower and then visited the White House to inspect documents that might support those baseless claims.” In reality, Nunes didn’t believe the spying claims. (Law.com, the Volokh Conspiracy)

Katten Muchin Rosenman and the lending company that sued the law firm for alleged malpractice, CashCall, have notified a California court that they have reached a tentative settlement. CashCall had alleged that bad legal advice exposed it to several lawsuits; Katten claimed that CashCall disregarded lawyers’ advice about its risky business decisions. CashCall had sought as much as $950 million. (Law.com, Law360)

Judge allows some claims in prosecutor’s suit against Netflix

U.S. District Judge Kevin Castel of the Southern District of New York has allowed some defamation claims by former prosecutor Linda Fairstein in her lawsuit against Netflix for its docudrama about the prosecution of five minority teens in the rape and beating of a Central Park jogger. Fairstein was chief of the sex crimes unit at the time, and she claims that Netflix portrayed her as an “unethical villain.” (Law360, Reuters)

The 11th U.S. Circuit Court of Appeals at Atlanta ruled Aug. 6 that lawyer L. Lin Wood did not have standing to challenge procedures used in Georgia’s runoff election for the U.S. Senate. Wood, a registered Georgia voter, had challenged procedures, such as the signature-verification process. The appeals court said Wood had “shown nothing more than a textbook generalized grievance that is insufficient for Article III standing.” (Law.com, Law360)