Following various technical issues candidates faced with the remote October 2020 bar exam, the July 2021 online administration had problems as well, according to some test-takers. They reject software provider ExamSoft’s assertion that the complications were related to hardware.

According to the National Conference of Bar Examiners, 30 jurisdictions had remotely administered exams in July and 25 had in-person tests.

Nici Sandberg, ExamSoft’s associate director of marketing content and communications, told the ABA Journal in an email the agency is still investigating the remote exam problems, which “seem to be related to memory issues on some devices.”

Stephen James, a 2021 University of Iowa College of Law graduate, took the New York bar exam on a Lenovo ThinkPad. His screen went blank shortly before he finished the Multistate Performance Test.

“My computer has an i7 processor, with 7.8 gigabytes of available memory. That’s more than sufficient for the requirements,” he adds.

James called ExamSoft support and was able to get back into the test after 30 minutes without losing any work. He had no problems on the second day of testing.

Others weren’t so lucky. Brett Silvers, a 2021 graduate of Florida’s St. Thomas University College of Law, says he was on the phone with ExamSoft support for three hours after the software crashed while he was taking his picture for the program’s facial authentication technology.

Silvers got on Zoom with ExamSoft support, and they uninstalled and then reinstalled the software. That didn’t work, Silvers says, “so they downloaded everything on my computer and sent it to the head of engineering.”

That didn’t solve the problem either, according to Silvers.

“At that point, they said they had to hang up because there was nothing they could do,” he adds.

Silvers also called the Florida Board of Bar Examiners. He says a representative told him he could buy a new computer or a new video camera, or he could wait to take the February bar. The agency did not respond to an ABA Journal interview request.

Ultimately, Silvers borrowed a computer and finished the exam after getting started more than three hours after the test commenced at 8:30 a.m. He was worried about having enough time to finish, but Silvers says someone at the Florida Board of Bar Examiners told him the timer didn’t start until a test was opened. 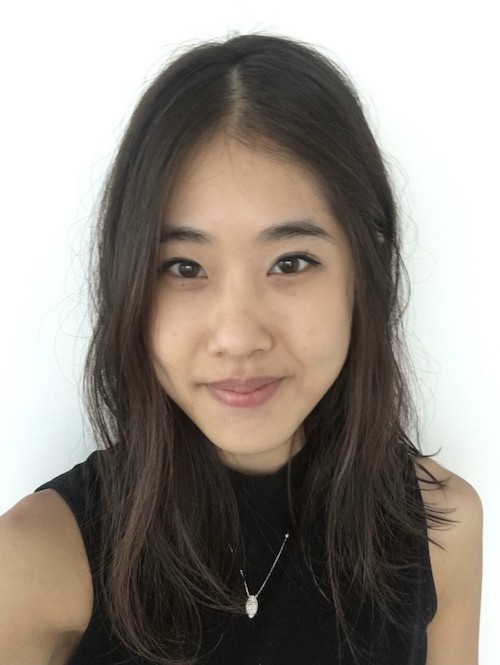 California candidates reported issues, too. Jamie Kim, a 2021 Harvard Law School graduate, says the software froze on the first day of the exam when she was answering the third essay question. She rebooted her computer, and when that didn’t work, she called ExamSoft support.

“They didn’t tell me anything except that I should keep rebooting,” Kim says. The approach eventually worked, she adds, and she finished the first day of testing. On her second day of taking the Multistate Bar Examination, the top and right sides of her screen were cut off so she could neither see some words in the questions or access the button to submit her answer. The timer was also cut off.

In addition, her screen froze again on the second day. So Kim called ExamSoft a second time. According to her, the person with whom she spoke said once the exam started, he couldn’t use the remote desktop option to see her screen and she should keep rebooting.

Instead, she let the screen sit frozen for a few minutes and it eventually unfroze. Also, Kim says the screen readjusted and she could access the “next” button, but there was a lag time of approximately 30 seconds for any action. Kim asked ExamSoft support if she would lose testing time due to the lag.

“He said, ‘I honestly have no idea. Sometimes it keeps going, and sometimes it doesn’t,’“ says Kim, who took the bar on a 2018 MacBook Pro with updated software. Like other test-takers interviewed by the ABA Journal, she claims to have had no issues with multiple mock bar exams, which tested software and hardware.

A State Bar of California spokesperson told the ABA Journal the agency can’t give a specific number regarding how many examinees had technical issues because they are still compiling the data.

“We are distraught over the difficulties that some bar exam takers in California and nationwide experienced with the software during the bar exam. We are and will continue to be in close communication with ExamSoft to fully understand the cause and the magnitude of the problem,” Donna Hershkowitz, the state bar’s chief of programs, said in a statement.

According to its statement, the National Conference of Bar Examiners, which develops the bar exam, first heard about software issues July 27.

“Jurisdictions worked last week to arrange solutions that provided each affected examinee with options for completing their exam. NCBE shares examinees’ frustration with this situation and supports the jurisdictions in seeking to ensure a fair and equitable resolution,” the statement read.

An NCBE spokesperson told the ABA Journal they had not heard of any tech issues at in-person testing sites.

The Association of Academic Support Educators on July 28 asked state supreme courts to acknowledge ExamSoft issues and offer assurances that software problems would not result in score invalidations. Marsha Griggs, an associate professor of law and director of academic success at Washburn University School of Law, who also serves as the AASE’s bar advocacy chair, told the ABA Journal Wednesday that no court had responded to the request yet.

“‘Predictable shock’ are the only words to describe my reaction to last week’s debacle with ExamSoft,’” Griggs says. “ExamSoft has been connected with horrendous technical failures during bar exams, generating hashtags like #barmageddon and #barpocalypse. Why examiners decided to continue utilizing software that had failed them multiple times is beyond me.”

Melissa Hale, president of the AASE and the director of academic success and bar programs at Loyola University Chicago School of Law, adds that she had students both coming to her directly and texting her about their problems. “The biggest issue was the day of stress and anxiety—specifically, being on hold, waiting for ‘resume codes’ and not knowing how this might impact their overall score.” Hale also says Loyola hosted 75 students on campus as they took the exam.

Ashley London, the director of bar studies and an assistant professor of legal skills at Duquesne University School of Law in Pittsburgh, told the ABA Journal in an email that 28 of the school’s graduates had tech issues with the remote bar exam. Of that group, 26 took the Pennsylvania bar and two took the Uniform Bar Exams offered by other states.

According to Gicine Brignola, executive director of the Pennsylvania Board of Law Examiners, she could not disclose how many test-takers had technical issues because the board’s records are confidential. The agency required applicants to file online reports of any exam irregularities.

Meanwhile, Oregon and New York lawyers have asked courts of last resort to reconsider how attorneys are licensed.

“The pandemic has certainly showed us real problems with an attempted national exam. And my own view is that at least in New York, we should have our own ways of doing things, and not be codependent on others,” says Alan D. Scheinkman, a retired presiding justice of New York’s Appellate Division, Second Judicial Department.

He chairs a New York State Bar Association task force that suggested three alternatives to the UBE: the jurisdiction develop its own exam; supervised practice combined with law school achievement; and a pathway to licensure through concentrated law school study, focused on New York law.

In June, the state bar association approved the recommendations and asked the New York State Court of Appeals, which governs attorney admissions, to appoint a working group to develop a bar exam. That matter is pending.

In Oregon, a task force was also assembled by its state board of bar examiners. The group issued a report calling for supervised practice and law school experiential-learning programs as ways to license lawyers in addition to the bar exam.

Oregon granted diploma privilege in place of a July 2020 bar exam but has since gone back to an in-person test. Its state board of bar examiners recently asked the supreme court to adopt a task force report. That matter is also pending.

Brian Gallini, the dean of Willamette University College of Law and a task force member, says remote issues experienced in other jurisdictions give weight to their argument.

“I’ve long been worried that the bar exam may not be the appropriate experience to assess a candidate. Now we have a condition that’s totally outside of the control of the examinee,” Gallini says.