Ari Kaplan recently spoke with Jim Leipold, the executive director of the National Association for Law Placement—an organization focused on career counseling and planning; recruitment and retention; and the professional development of law students, lawyers and its members.

Ari Kaplan: Tell us about your background and your role at NALP.

Jim Leipold: I grew up overseas, went to an international high school, and returned to the U.S. for college. Afterward, I taught English in a rural Alaskan indigenous community. I moved to the University of Vermont for an undergraduate admissions position, which was my first introduction to higher education administrative management. Later, I went to law school, clerked and taught legal research and writing before becoming the director of admissions at Temple Law School. I was hired by the Law School Admission Council, and it was there that I learned how to run a nonprofit member association from a great mentor. Fast-forward 17 years, and NALP hired me as its executive director.

Ari Kaplan: NALP is celebrating its 50th anniversary this year. How has the organization’s mission changed over the past half-century? 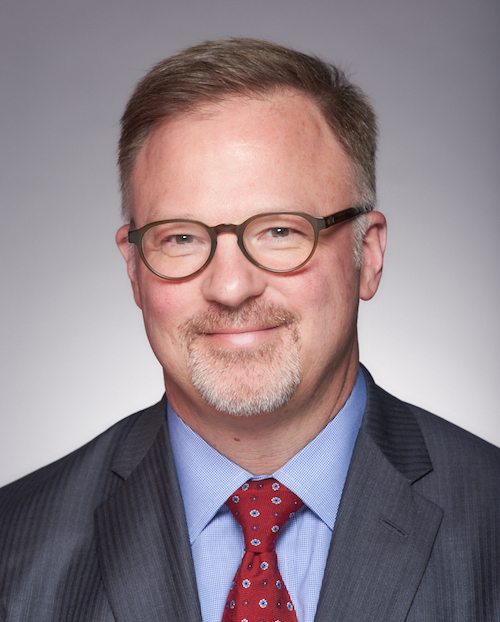 Jim Leipold, the executive director of the National Association for Law Placement.

Jim Leipold: NALP came together in June of 1971, when 15 people from select law schools, employers and two bar associations had a meeting at Penn. They faced a common challenge of discrimination in the legal profession but believed that all students should be able to apply for all jobs. That initial focus has grown and developed into a much more sophisticated and nuanced, fundamental commitment to diversity, equity and inclusion. One of the primary roles NALP has played over the years is to hold up a mirror to the industry with our research to show, in a measured way, the progress or lack thereof as law firms have tried to become more diverse. The other problem people were trying to solve was one of exploding offers, i.e., law firms or judges would give students offers and expect immediate responses or withdraw them. Law school career counselors believed that students should be able to choose between competing offers, have time to consider them, and interview with more than one employer before making a decision. That started NALP down the road of its commitment to principles for a fair and ethical recruitment practice where law schools, law firms and government agencies negotiate with each other and establish a set of rules that allow students to choose between competing offers. As the market has gotten more complex over the years, those principles for a fair and ethical recruitment process have evolved and changed to reflect a much more complicated legal market than existed in 1971.

Ari Kaplan: How have you adapted your role to accommodate many of these changes during your 17-year tenure?

Jim Leipold: I often play the role of the face of the organization, speaking publicly to the press and at conferences on its behalf. We’ve been through some rocky financial times with the great recession and then the pandemic. I did not have a financial skill set when I started at NALP and have become much better at managing the books and becoming financially literate. Also, the pseudo-lawyering skills of negotiating and renegotiating various contracts have really been fun to use in the last decade.

Ari Kaplan: How have law firms adapted their approach to recruiting and training during the pandemic?

Jim Leipold: Overnight, law firms moved to a remote posture, and on-campus interviewing (OCI) had to move to January, from July and August, because schools moved immediately, in most cases, to a pass-fail grading system as they were teaching remotely for the first time. It was extraordinary for an industry that has always done recruiting the same way for 50 years, by sending lawyers to campus for screening interviews and then inviting students to their offices for in-person callbacks. That process was completely reinvented this year. And almost everyone agrees that at least the OCI part was super-successful virtually, makes lots of economic sense, including timing and resources, and allows firms to go to a broader range of schools. I believe that OCI will probably always be virtual, and that’s one of the upsides of the pandemic changes we had to make. I suspect for callbacks firms will try to return to an in-person posture if they can but will be comfortable online if someone is a considerable distance away and travel is an issue. Professional development is a more interesting question. Much of the training this year has been remote. While we miss some of the in-person engagement at conferences, we can do a lot more virtual programming that reaches a lot more people. As a result, the future is a hybrid one, where some of the [professional development] training will be virtual and other programs will be in person because they’re more effective, particularly mentorship provided by older lawyers to younger lawyers.

Ari Kaplan: What does your data show about law school enrollment and job placement for graduates?

Jim Leipold: Enrollment has been up and down. The Law School Admission Council just released data showing that the application pool for this year is up more than 20% for the class that will start in the fall of 2021. The class that graduated in 2013, which had the worst employment outcomes in modern history, was the largest class ever in American legal education. There were more than 52,000 who graduated that year. The classes that have come through in the last six years have been right around 37,000 when they started and about 34,000 when they graduated. While that is a big dip, it was a function of supply and demand. In fact, the improving job picture over the last seven years has shown that American legal education [is] rightsized. Graduating a class of about 34,000 nationally matches the job market demand much better. It is also important to note that just because applications are up 20% does not mean law school enrollment is going to jump 20%. It will jump a bit, but schools are mindful that if they enroll too many students, their job numbers could drop and present a difficult situation with their U.S. News ratios. It’s super-clear from looking at the data that there has not really been a major downside to the pandemic in terms of jobs. Law firms saved a lot of money by moving to a remote posture, and while demand was off a little bit, the savings were so much greater. They have continued to hire incoming classes of new associates, and the midlevel lateral market is fierce right now, just super-competitive because there aren’t really enough bodies to go around.

Ari Kaplan: What are law schools doing to help students thrive in a tech-enabled profession?

Jim Leipold: Some schools are doing extraordinary things, and others are not doing nearly enough. I have been a believer that the intersection of law and technology is the future. Students who can position themselves to be at that intersection will be in a sweet spot. One of the hallmarks of the future job market for law school graduates is they’re going to have many more kinds of employers to choose from when they look for initial jobs. The schools that have seen that trend and jumped on it by integrating technology training in their law school curriculum are doing a great job of preparing their students for the future.

Ari Kaplan: What are the challenges for the next generation of lawyers, and how can they overcome them?

Jim Leipold: One of the main challenges is that a legal education is super-expensive. Balancing the debt and finding a way to law school by borrowing as little as possible often means not necessarily going to the very best school but a really good school that’s willing to give you a lot of money or discount your tuition. In this day and age, you really have to be an informed consumer and committed to a legal career. It’s a great career and a great graduate education, but it is not for everyone. Students should not expect that they will get a job after graduation and then always remain in that job. They have to be more entrepreneurial than some of their predecessors and create opportunities for themselves, be willing to take contract gigs, and potentially move between law firms and corporations and back to law firms. Finally, they have to help us tackle the access-to-justice gap. This new generation of lawyers is really well positioned to help the profession realize the benefits and promises of technology.

Ari Kaplan: NALP’s 2021 annual conference is taking place in the last week of April. What can attendees expect?

Jim Leipold: It’s our first full virtual conference, and it features more than 70 concurrent sessions. Content will be available in real time during the week of the conference and for 30 days following the event. We have a brilliant keynote speaker, Haben Girma, who was the first deaf-blind graduate from Harvard Law School to practice. We will have our 50th anniversary celebration virtual party, host late-night trivia competitions, and offer networking events. We are excited.