Bench trial by video? This lawyer says it went better than expected 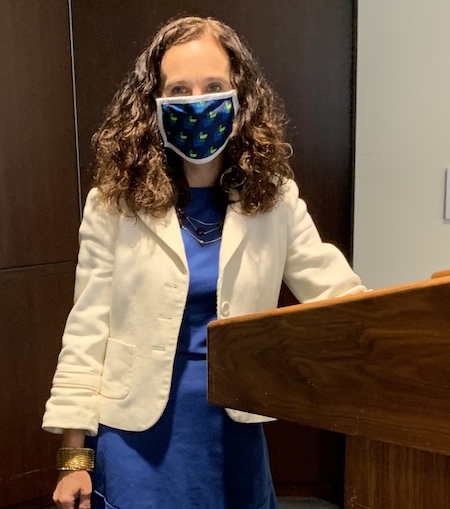 Exhibits were screen-shared with witnesses. Lawyers conducted cross-examinations from their offices while the judge watched from his home. And one afternoon, the proceedings ended early when a witness lost their internet connection.

These events transpired during a recent video bench trial hosted in Cook County, Illinois amid the COVID-19 pandemic, according to Kathy Ehrhart, a partner at Freeborn & Peters in Chicago.

Ehrhart and her firm represented two of the three defendants in a civil case focused on alleged breach of contract concerning a real estate transaction.

Though the video proceedings were not without some technical challenges, Ehrhart says the overall experience was better than she expected.

The trial was streamed via what Ehrhart describes as a “glorified Zoom” offered by Lexitas, which operates a family of litigation support companies.

Meanwhile, the proceedings were conducted according to protocols developed by the lawyers on both sides and approved last month by Circuit Court of Cook County Judge James E. Snyder.

The protocols, which Ehrhart says could be guidance for other Cook County cases, require witnesses to be alone in a quiet room for their testimony and without a virtual background behind them. Witnesses were also mandated “to turn off all electronic devices except for the device enabling participation in the hearing and to refrain from exchanging any electronic messages or other communication during their testimony.”

Even with the ability to screen-share, the defendants also chose to provide hard copy documents of exhibits to the witnesses, according to Ehrhart.

Members of the public could watch the trial via a link, which Ehrhart says allowed her mother to watch her try a case for the first time and resulted in her uncle tuning in several times. She also noticed other judges and lawyers watching.

To help ensure that the video trial went smoothly, the parties agreed to hire a technical assistant offered by Lexitas. Ehrhart says this person would make sure that the participants had quality audio and were centered on their screens. Additionally, the assistant could create a breakout room of sorts for the lawyers when they had to have sidebar conversations with the judge.

Ehrhart says it was also helpful that the trial had initially begun in person earlier in the year over the course of several days. The proceedings had been expected to resume sometime later in the spring. But the rapid spread of COVID-19 across the country meant that an in-person trial would not be feasible. The video trial, which the judge proposed to the parties, picked up where the in-person proceedings had left off.

“Unlike a case that had not started, many of the exhibits had already been introduced. There was a familiarity the judge had with the key documents, the witnesses, and those sorts of things that I think made it all a little bit more palatable to consider and have as an entree into what is a very new type of proceeding for all of us,” Ehrhart says.

The video portion of the trial ultimately included six days of testimony and one day of closing arguments. At the conclusion, the judge ruled against the defendants on the question of liability, Ehrhart says.

She recommends that lawyers who are preparing to participate in a video trial practice beforehand with the platform that they will be using. Ehrhart says her participation in video depositions via a similar video platform in the weeks before the trial was beneficial.

“The more you use it, the better you’re going to be at it,” she says.

ABAJournal.com: “Could Zoom jury trials become the norm during the coronavirus pandemic?”

ABAJournal.com: “Trial by Zoom: A strange but true story of how one lawyer prepared for court”

ABAJournal.com: “The Zoom boom: How videoconferencing tools are changing the legal profession” 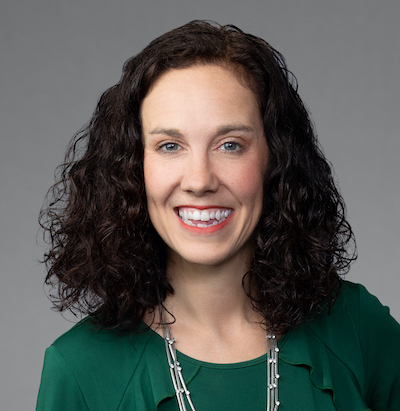 Kathy Ehrhart is a partner at Freeborn & Peters in Chicago. She has litigated cases in federal and state courts throughout the United States. Her areas of focus include complex commercial litigation with a particular emphasis on restrictive covenant cases, class actions, reinsurance, antitrust, securities fraud, accountant liability, employment and breach of contract claims. Most recently, she represented two defendants in a civil bench trial conducted via video in Cook County, Illinois.