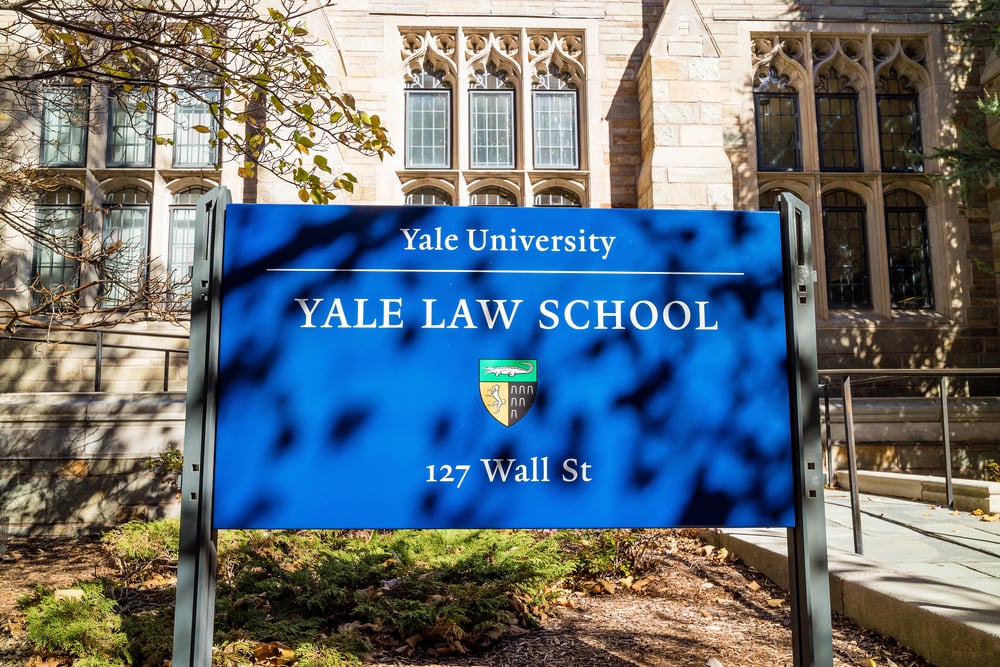 Two conservative federal appeals judges who are boycotting Yale Law School graduates have offered to discuss free speech issues in a panel discussion at the school.

The judges are Judge James Ho of the 5th U.S. Circuit of Appeals at New Orleans and Judge Elizabeth Branch of the 11th Circuit at Atlanta.

Lawyer and writer David Lat has the developments at his Original Jurisdiction website, noted by How Appealing and covered by Reuters.

Ho and Branch have said they will not hire incoming students at Yale Law as clerks because the school stifles debate and cancels conservative views.

“Thank you for the invitation to meet to discuss the state of freedom of speech and intellectual discourse at Yale Law School,” Ho and Branch wrote in an Oct. 13 letter posted by Original Jurisdiction. “We accept and look forward to scheduling the panel discussion at your earliest convenience.”

In their letter, Ho and Branch explained their concerns.

“We live in a culture of cancellation, not conversation,” they wrote. “We don’t talk—we tweet. We don’t disagree—we destroy. … We’ve stopped teaching students the fundamental importance of respecting diverse viewpoints. That appears to be the case at various universities across America but especially at Yale.”

In their letter, the judges criticized Yale Law for failing to discipline law students who “loudly and angrily” disrupted a panel discussion featuring a conservative speaker.

And the judges complained that school administrators threatened to harm a law student’s career if he didn’t apologize for sending an invitation to a “trap house” Constitution Day bash hosted by the Federalist Society. The administrators had deemed the “trap house” reference to be offensive because the phrase trap house was once associated with inner city crack dens but has come to mean a party place.

The student had recorded the meeting with administrators.

Yale Law said in an Oct. 12 message to alumni that it has taken several concrete steps to reaffirm its commitment to free speech. The school has “made unequivocally clear” that attempts to disrupt campus events are unacceptable, the school said, and it has redesigned orientation to focus on the importance of respectful engagement.

Original Jurisdiction also noted that two administrators involved in the incidents are no longer in their present positions. One retired, and another is no longer in a role involving students.

Ho and Branch commented on another reform adopted by the school that bans secret recording of conversations. The school said the new policy is intended to promote the free expression of ideas. But Ho and Branch said that justification is “a stretch.”

They noted that the student targeted for the trap house invitation had recorded his meetings with administration officials who sought an apology. The policy “is clearly a response” to those recordings, the judges say.

Lat thinks that the upcoming panel discussion could have an impact on the judges’ decision to boycott future law students seeking clerk jobs.

If the conservative judges “receive a cool but ultimately civil reception from Yale Law’s overwhelmingly progressive student body, then I expect the judges to stand down,” Lat wrote.

But if they get shouted down, “that will powerfully prove that Yale’s free speech problems are profound—and might get even more judges to publicly hop on the anti-YLS bandwagon.”

ABAJournal.com: “Why this conservative federal appeals judge will no longer hire clerks from Yale Law School”