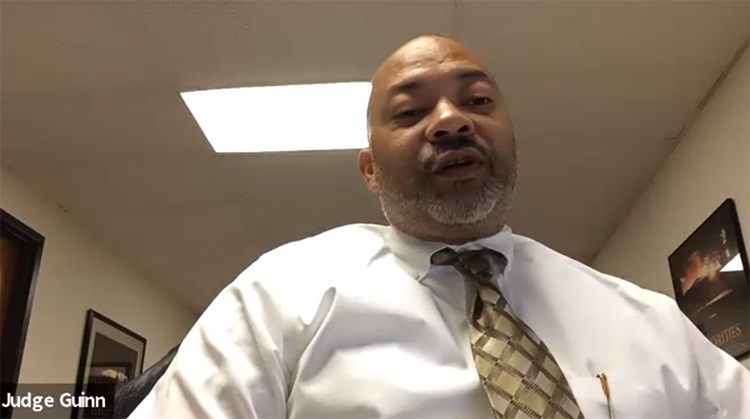 Judge G. David Guinn knows from his nearly 20 years of experience as a prosecutor that coming to court can be a traumatic experience for many people.

“That’s why in Genesee County, we try not to bring people to court who don’t have to come to court,” Guinn, a judge at the 67th District Court in Flint, Michigan, said during a press conference Monday to launch the Flint Genesee Homeless Court Program. “The great thing about this program, it goes to them where they are. Everybody needs a little help, especially now.”

The Center for Civil Justice, which organized the press conference, partnered with the ABA Commission on Homelessness and Poverty to explore the need for a homeless court program in the Flint community in 2019. Homeless court programs help people experiencing homelessness resolve low-level misdemeanor offenses, traffic fines and warrants in exchange for working toward stability.

The Commission on Homelessness and Poverty has been a driving force behind the movement since the late 1980s. It provided guidance, training and technical assistance to help start the first homeless court in Flint. An ABA press release is here. 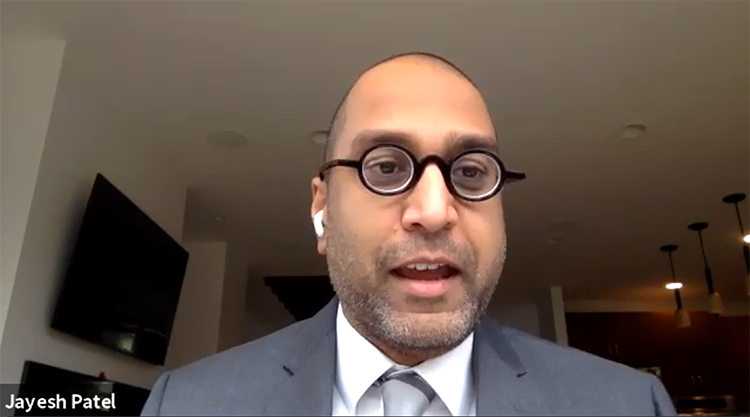 Jayesh Patel, chair of the ABA Commission on Homelessness and Poverty, also spoke at the press conference.

Jayesh Patel, the chair of the commission and president and managing attorney of Street Democracy in Detroit, where he serves as lead counsel for Street Outreach Court Detroit, also attended Monday’s press conference. He pointed out that the new program is the fifth in Michigan and the 71st in the country.

“We were really just amazed at how quickly the Flint community came together to work on this problem,” Patel said.

He also commended the community for recognizing that “functional sentences that combine and direct people to services instead of punishments achieve a better long-term public safety outcome” and that “there is already a great network of providers that is doing the hard work of helping homeless people.”

In explaining how the program will work, Steve Binder, the former deputy public defender who established the first homeless court in San Diego, said homeless service providers will meet with individuals experiencing homelessness, conduct an assessment and develop an action plan to help them make the most of the opportunity to get their lives back together.

“There are so many different ways to fall into homelessness,” said Binder, the special adviser to the Commission on Homelessness and Poverty. “There are a myriad of paths out of it. It is the community working together that helps get the individual and the court to a better place.”

ABA Journal: “ABA commission gets behind movement to open homeless courts across the country”