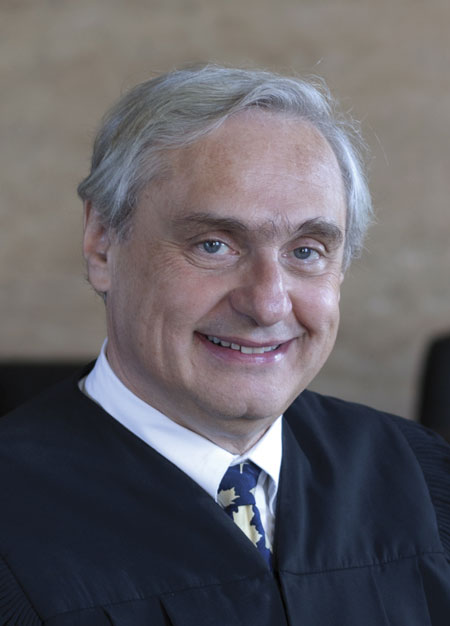 After retiring in 2017 amid allegations of sexual misconduct, former Judge Alex Kozinski is returning to the 9th U.S. Circuit Court of Appeals at San Francisco to argue a copyright case. Kozinski will contend that the film The Shape of Water used elements from the play of a late playwright. According to Gabe Roth, executive director at Fix the Court, Kozinski’s return to the court shows the need to amend the law to allow ethics cases against judges to survive their retirement. (The Recorder, Fix the Court)

A Los Angeles judge has blocked a defamation lawsuit filed by Pierce Bainbridge against a former partner who claims that the law firm fired him in retaliation for his knowledge of financial improprieties. Pierce Bainbridge alleges in court filings that the former partner, Don Lewis, tried to extort a settlement by threatening litigation with embarrassing claims after he was fired for allegedly interfering in the law firm’s investigation of alleged sexual harassment. Lewis denies the allegations and says the sexual harassment claim was manufactured. Judge Patricia Nieto quashed service of summons in the Los Angeles defamation suit Dec. 5 after concluding that Lewis’ contacts with California were insufficient to give the court jurisdiction over him. Two suits stemming from the same dispute are still pending in New York. (Court documents here and here, the American Lawyer)

Girl, 8, is strip searched before prison visit with her dad

An 8-year-old girl going to visit her father in a Virginia prison Nov. 24 was strip searched by guards after drug dogs were alerted on the father’s girlfriend. The girl was traumatized by the search, and she will not return to the prison, her mother said. Virginia Gov. Ralph Northam has halted the prison policy that allowed for the search pending an investigation and review. (The Virginian-Pilot via the Marshall Project)

A Houston personal injury lawyer is arguing that the Communications Decency Act doesn’t shield Facebook from civil liability in state courts for sex trafficking. Annie McAdams is making a novel argument: that Facebook has a duty to warn of potential danger under product liability law and must do more to stop predators. A Texas judge has denied Facebook’s motions to dismiss in two of McAdams’ cases. (The New York Times)

Pierce Bainbridge brief updated on Dec. 7 to reflect the alleged reason for the partner’s firing.