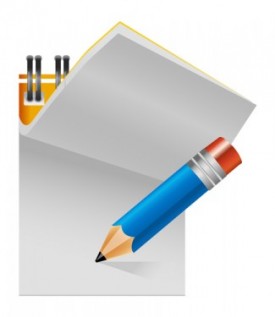 The Department of Justice has acknowledged that FBI agents’ sticky notes weren’t removed from documents before they were scanned and provided as exculpatory evidence to former National Security Adviser Michael Flynn. The notes contained estimated dates for events described in notes by former FBI Deputy Director Andrew McCabe and former FBI agent Peter Strzok. A lawyer for Strzok said, “It would be easier to give the government the benefit of the doubt if the alterations didn’t fit a false narrative pushed by the president.” (The Washington Post, CNN)

The North Carolina Court of Appeals has mostly overturned the conviction of a former North Carolina district attorney who was accused of scheming with a prosecutor in another county to hire each other’s wives to do little or no work. The appeals court overturned Wallace Bradsher’s convictions for obtaining property by false pretenses and obstruction of justice but allowed an aiding and abetting conviction to stand. The court said there was no evidence supporting the prosecution theory that Bradsher acted in concert with the colleague’s wife when she submitted time sheets for work that she didn’t perform. The court also cited insufficient evidence that Bradsher lied to an investigator to impede the investigation. (Law360, WRAL, the Oct. 6 opinion)

The Department of Justice has loosened restrictions on election-fraud probes before an election, leading to concerns that President Donald Trump would use investigations to bolster his claims of mail-in ballot fraud. The restrictions had been in place to avoid discouraging voter turnout or harming confidence in election results. (The New York Times, the Washington Post)

The 9th U.S. Circuit Court of Appeals at San Francisco ruled Wednesday that the U.S. Census Bureau can’t end its count before Oct. 31. The government had sought an earlier deadline, so it could report the results to President Donald Trump by Dec. 31, rather than the April 30, 2021, deadline mentioned in the Census Bureau’s COVID-19 plan. The government is now asking the U.S. Supreme Court to intervene. (Law360, the Washington Post)