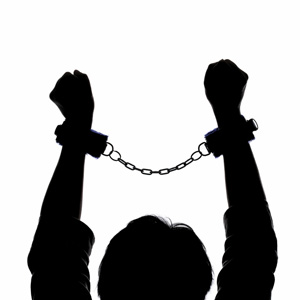 9-year-old boy is charged with murder

A 9-year-old boy in central Illinois has been charged with arson and five counts of murder for allegedly causing a mobile home fire in April that killed four of his relatives and his mother’s fiance. The boy’s mother told the Chicago Tribune that her son suffers from schizophrenia and bipolar disorder, and he’s “not a monster.” She said he misses his family members and leaves food at the site where flowers serve as a memorial, hoping the fire victims will come eat it. Because of his age, the boy would be sentenced to probation if he is convicted. (The Chicago Tribune here and here)

Federal appeals nominee Steven Menashi, an associate White House counsel, did not respond this week to written questions from Democrats about any knowledge of Trump’s efforts to pressure Ukraine to investigate Joe Biden and his son. The Oct. 7 deadline for a response passed without a reply from Menashi, who is nominated to the 2nd U.S. Circuit Court of Appeals at New York. (The Huffington Post via How Appealing)

An immigration lawyer claims in a lawsuit that she suffered a concussion and fractured her foot when she was pushed to the ground by two officers with U.S. Immigration and Customs Enforcement. Lawyer Andrea Martinez says she brought her 3-year-old client to an ICE facility in Kansas City, Missouri, to be reunited with his mother before they were both deported to Honduras. Martinez said the agents told her she could go inside the building with the child. But when she arrived at the entrance, the agents took the child, blocked her from entering and pushed her, Martinez alleges. Later, Martinez was instructed to enter the facility, where agents seized her cellphone and read incoming texts, the suit says. The suit alleges excessive force, unlawful search and seizure, assault and battery, false imprisonment, false arrest and infliction of emotional distress. An ICE spokesperson told Law360 that its agents uphold the law. (Law360, the Kansas City Star, ACLU news release, Martinez’s lawsuit)

Michael Drejka was sentenced to 20 years in prison Thursday for shooting and killing a black man after chiding the man’s girlfriend for parking in a handicapped parking space in Clearwater, Florida. Judge Joseph Bulone called Drejka a self-appointed “handicapped parking space monitor.” Drejka shot Markeis McGlockton after McGlockton pushed him to the ground. Drejka was convicted of manslaughter in August after unsuccessfully claiming the shooting was self-defense. The Pinellas County sheriff initially refused to charge Drejka, citing the state’s stand-your-ground law. (The Associated Press, the New York Times)