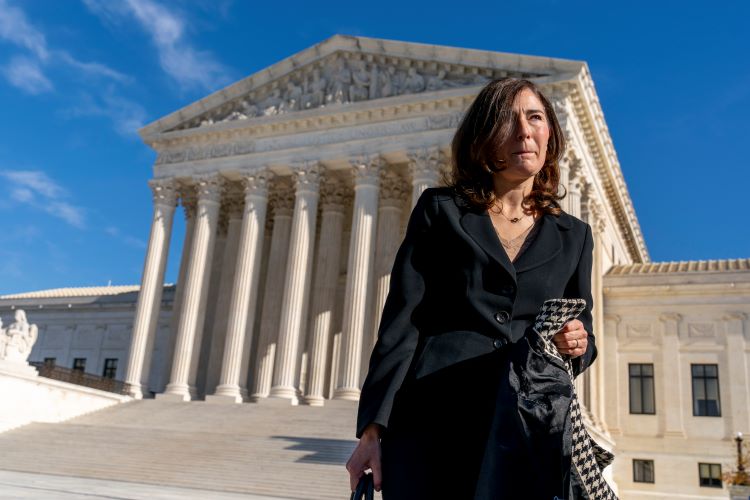 President Joe Biden on Friday nominated the litigation director for the Center for Reproductive Rights to the 1st U.S. Circuit Court of Appeals at Boston.

Biden nominated Julie Rikelman, who represented a Mississippi abortion clinic before the U.S. Supreme Court in Dobbs v. Jackson Women’s Health Organization, the June decision that found that there is no constitutional right to abortion. The high court overruled the abortion-rights opinions Roe v. Wade and Planned Parenthood v. Casey.

Law360, Reuters and Bloomberg Law have coverage of the nomination.

Biden nominated Rikelman after dropping plans to nominate conservative anti-abortion lawyer Chad Meredith to a federal judgeship in Kentucky. Some thought that Biden had initially agreed to nominate Meredith as part of a larger deal on nominations.

Rikelman, a Harvard Law School graduate, has worked for the Center for Reproductive Rights since 2011, according to a July 29 White House press release. She has also worked as vice president of litigation for NBC Universal and as a senior associate at Simpson Thacher & Bartlett. She was born in Kyiv, Ukraine, and came to the United States with her family in 1979.

Mike Davis, who leads the Article III Project, a conservative judicial advocacy group, called Rikelman “a radical, left-wing abortion activist who has no business being on any court, let alone a federal appellate court,” according to Reuters.

Rikelman was among nine judicial nominees announced Friday. She is one of two nominees to federal appeals courts. The other is Connecticut Supreme Court Justice Maria Araújo Kahn, nominated to the 2nd Circuit at New York. Kahn is a graduate of the Fordham University School of Law and has worked as a public defender and a federal prosecutor. She was born Benguela, Angola, and came to the United States with her family in 1975.