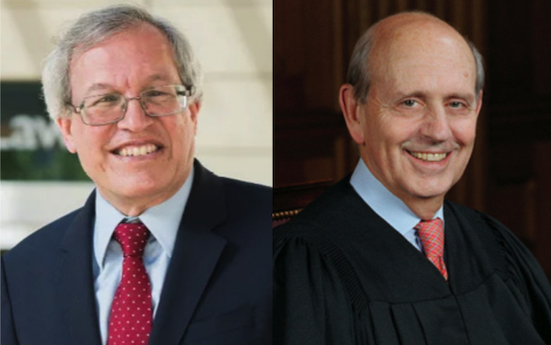 Now, Chemerinsky, dean of the University of California at Berkeley School of Law and a frequent ABA Journal contributor, is asking Justice Stephen G. Breyer to retire and pointing to Ginsburg’s failure to do so as instructive.

“Breyer shouldn’t even wait for the 2022 midterms to retire,” Chemerinsky recently wrote for the Washington Post. “With a 50-50 Senate, anything is possible: Something could happen to a Democratic senator in a state with a Republican governor, who would then pick the replacement and throw the majority back to Republicans.”

Chemerinsky acknowledged important contributions and pointed out that Breyer wrote these major opinions:

• The June 2016 majority decision striking down two provisions of a Texas abortion law in Whole Woman’s Health v. Hellerstedt. One provision required physicians performing abortions to have admission privileges at a hospital within 30 miles. The other required abortion facilities to comply with hospital-style standards for ambulatory surgical centers.

• A dissent in the June 2015 decision Glossip v. Gross that said it is “highly likely that the death penalty violates the Eighth Amendment.” Breyer said constitutional defects include the death penalty’s “serious unreliability” as shown by exonerations, arbitrariness in application of the penalty, and “unconscionably long delays” in carrying out capital punishment that undermine its penological purpose.

Breyer “has a pragmatic approach to judging that looks more to real-world effects than abstract ideology,” Chemerinsky wrote. “And there is no dispute that he is serving with integrity and dedication. His successor could accomplish all of those things, too. And the person in the best position to ensure that is Breyer himself.”