Lawyer, author and founder of program for wrongfully convicted dies at 52 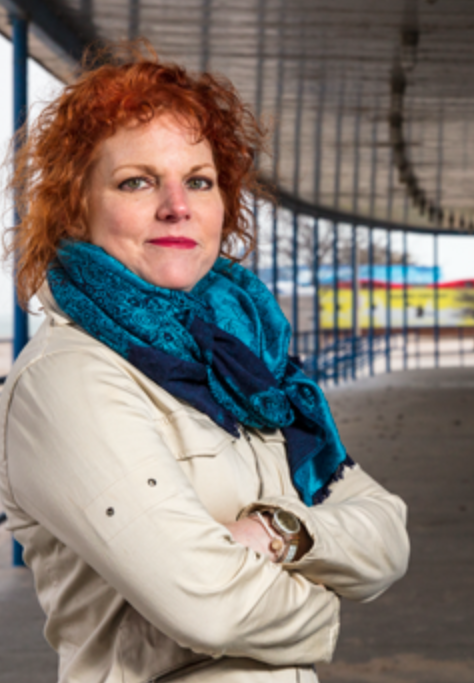 Laura Caldwell, a lawyer, author and founder of a project that supported the wrongfully convicted, died Sunday after a long battle with breast cancer.

The 52-year-old was living in hospice care at the Chicago-area home of her friend and fellow attorney, Elizabeth Kaveny, who told the Chicago Tribune that Caldwell said “during these last weeks, when she knew the end was inevitable, that she had no regrets.”

“She said, ‘My life has exceeded my wildest dreams,’ ” Kaveny added.

She joined the faculty at the Loyola University Chicago School of Law in 2001, and the following year, she published her first novel, Burning the Map. The Chicago Tribune reports that it became a New York Times bestseller.

Caldwell wrote 15 books during her career, including a trilogy of mysteries that featured a Chicago-based attorney and private investigator named Izzy McNeil, who also appeared in later books, the Chicago Tribune reports.

She joined her friend and criminal defense attorney Catharine O’Daniel in defending Jovan Mosley, a detainee O’Daniel met at the Cook County Jail who had been held without a trial for more than five years. The Chicago Tribune reports that Caldwell and O’Daniel thought he was innocent of his first-degree murder charge, and in 2005, they helped him walk free with a not-guilty verdict.

Caldwell was inspired by Mosley to found Life After Innocence, a nonprofit organization that doubles as a clinic at the Loyola law school to help exonerees navigate through the legal and social challenges they face after their release. The Chicago Tribune says law students consult with exonerees and pursue legislation, litigation and fundraising.

Her friend, attorney and author Scott Turow, joined several others in speaking with the Chicago Tribune about Caldwell and all that she accomplished.

“She was brilliant, determined—and always a hell of a lot of fun,” he said. “Our paths crossed in the legal and mystery worlds. I had sky-high respect for her in both universes, and her commitment to the wrongfully convicted was boundless. They had no more effective advocate.”

The Chicago Tribune reports that a memorial service is scheduled for April 4 at Loyola University.

ABA Journal: “Mystery and thriller writers tell the stories of the wrongfully convicted in new book”