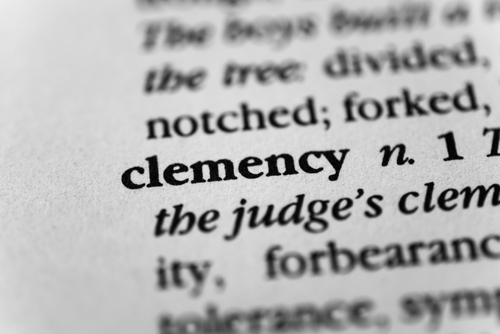 A federal judge who sentenced a Clarksville, Tennessee, man to life in prison in a drug trafficking case greeted him in person after then-President Donald Trump commuted the sentence in January.

In an airport meeting, U.S. District Judge Kevin Sharp of the Middle District of Tennessee hugged and posed for pictures with 32-year-old Chris Young, whom he had sentenced in 2014 under a mandatory sentence law.

CNN has the story.

After stepping down from the bench in 2017, Sharp denounced mandatory minimum sentences in an interview with the Tennessean and pointed to one case that particularly troubled him—that of Young. Sharp was required to sentence Young to life in prison under a federal three-strikes law because Young had two prior drug dealing convictions.

Defendants in drugs-and-guns cases might sound dangerous, Sharp had told the Tennessean, but many are “just kids who lack any opportunities and any supervision.”

Young had testified that his mother was a drug addict and he grew up in a home that sometimes had no lights or water. For a while, he worked at a funeral home, but he saw friends dealing drugs and he wanted to join them. Young had refused a plea deal because he thought he was a low-level participant in the trafficking operation.

After he left the bench, Sharp received a call from Brittany K. Barnett, founder of the Buried Alive Project. Together, they considered Young’s options. They found nothing to warrant an appeal, so they decided to seek clemency, even though it was a long shot.

“He would go in line behind 14,000 other people who filed clemency petitions,” Sharp told CNN.

Sharp visited the White House with Barnett and Kim Kardashian in September 2018 to advocate for Young’s release. When no grant of clemency materialized, Sharp became pessimistic.

When Trump “didn’t do anything with it right away, I thought well this is just going to go into a file somewhere never to be thought of again,” Sharp told News Channel 5 in Nashville, Tennessee.

Barnett was able to get Young’s sentence reduced in September 2020. Then, Young was among 143 people given last-minute clemency Jan. 20.

Barnett would like to change the clemency process, in which petitions typically go through the Department of Justice for review before reaching the White House.

“There should be no way under the universe that clemency petition should go through the Department of Justice at all [because] you are asking career prosecutors to overturn their own decisions,” Barnett told CNN.

“The system is set up to see certain groups as ‘less than.’ Some people would say it’s less than human, but at the very least, it’s less than white. And so they are treated differently,” Sharp told CNN. “And that has got to change. Until we start seeing each other as human beings and recognizing that Chris has the same worth as me or anybody else who was in that courtroom, we’re going to have this problem.”

A press release said Young had “maintained a spotless disciplinary record” in prison, the New York Post reports. Now that he is out of prison, Young would like to use the computer science and coding skills that he learned as an inmate. And he plans to work with the Buried Alive Project to pay it forward.