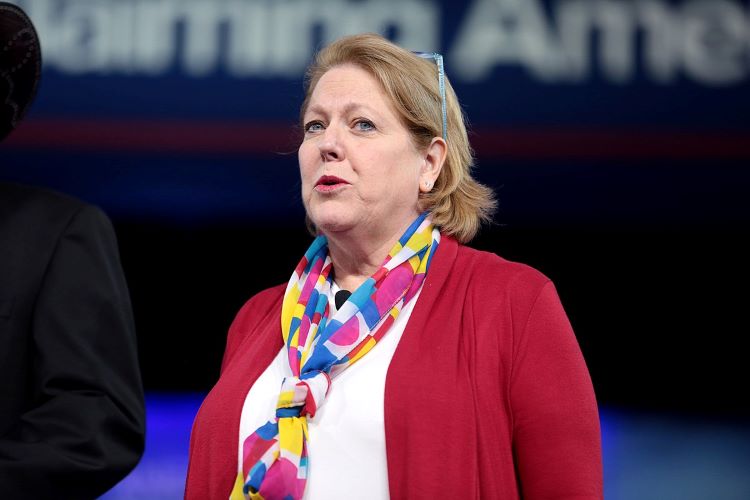 “We think it’s time that we, at some point, invite her to come talk to the committee,” said U.S. Rep. Bennie Thompson of Mississippi, the committee’s Democratic chairman.

Axios and the Washington Post are among the publications with the news.

Thompson spoke with reporters after the Washington Post reported that Ginni Thomas was said to be more involved with efforts to overturn the 2020 presidential election than previously known.

Ginni Thomas told the Daily Caller that she looks forward to speaking with the committee, the Hill reports.

“I can’t wait to clear up misconceptions,” she said.

Ginni Thomas reportedly corresponded with former Chapman University law professor John Eastman, according to the report by the Washington Post. Eastman had argued that then-Vice President Mike Pence was “the ultimate arbiter” in the vote count, and that state lawmakers could override the popular vote and choose Trump electors because of possible election fraud.

The Washington Post’s story is based on three anonymous sources involved in the investigation by the Jan. 6 committee, which obtained email correspondence between Ginni Thomas and Eastman.

Eastman was a former clerk for Thomas. Eastman appeared to have behind-the-scenes information about the Supreme Court when he said in an email after the election that there was a “heated fight” among the justices on whether to hear election litigation, the New York Times reported.

Eastman sent the email to another pro-Trump lawyer and campaign officials.

The email, “if taken at face value, raised the question of how he would have known about internal tension among the justices about dealing with election cases,” the New York Times said.

Eastman said in a statement Ginni Thomas’ communications with him involved her request that he speak to a group she met with periodically. He said news stories had covered discord within the Supreme Court before he made his alleged comment about “a heated fight” among the justices.

“Whether or not those news accounts were true, I can categorically confirm that at no time did I discuss with Mrs. Thomas or Justice Thomas any matters pending or likely to come before the court,” he said.

Previous reports have also shown Ginni Thomas’ involvement in seeking to reject election results. She sent emails pushing 29 Republican state lawmakers in Arizona to choose electors for former President Donald Trump, despite his election loss in the state, the Washington Post reported June 10. The Washington Post had previously reported that she had emailed only two Arizona lawmakers.

Any new revelations about Ginni Thomas’ actions “are likely to further intensify questions about whether Clarence Thomas should recuse himself from cases related to the election and attempts to subvert it,” the Washington Post said.