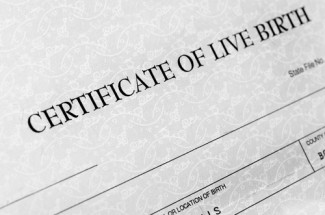 The Montana Department of Public Health and Human Services is refusing, for now, to go along with a judge’s order to allow transgender people to change their birth certificates.

The Associated Press, the Billings Gazette and the Montana Free Press have stories on the state’s stance, which defies a bench order Thursday by Judge Michael Moses of Yellowstone County, Montana.

Moses said Montana should follow a 2017 rule that allowed birth-certificate updates when applicants file an affidavit with the state public health department.

Moses said the 2017 rule should remain in place as litigation continues over a 2021 state law that allows birth-certificate changes only after gender-affirming surgery and a court petition. Moses has said the state law is unconstitutional because it didn’t specify the type of procedure required.

Despite Moses’ ruling Thursday, Charlie Brereton, the director of the Montana Department of Public Health and Human Services, said in a statement the agency would keep in effect an even stricter rule that it adopted Sept. 10. The rule allows updates to gender designations on vital records only if there was a data entry error on the original birth certificate.

Brereton said in the statement the September rule was consistent with Moses’ “vague April 2022 decision.”

A health department spokesperson told the Billings Gazette in a statement that “the department is awaiting a written order from today’s hearing and carefully considering next steps.” The spokesperson said the court had “acknowledged that it could not address the 2022 final rule and, therefore, could not invalidate it.”

But Moses said Thursday his April order wasn’t unclear, according to the Billings Gazette.

“The department was enjoined in all aspects from [enforcing the law] and decided to pass rules anyway, claiming that they have the power to do whatever they want, notwithstanding an order. That really is unacceptable,” Moses said. “And so my order was not unclear. It was clear as a bell.”