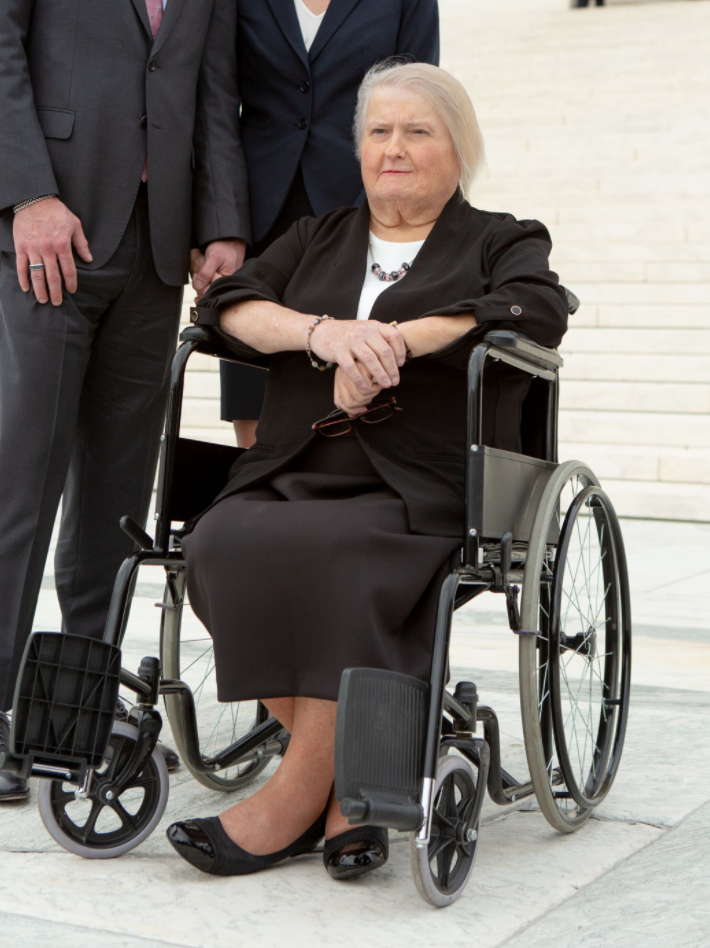 A transgender woman whose workplace bias case is before the U.S. Supreme Court died Tuesday at age 59.

Aimee Stephens died at her home in the Detroit Metropolitan area, according to a statement by the American Civil Liberties Union, which had represented her in the case.

She had kidney disease, report CNN, the New York Times and the Detroit News.

Stephens said she was fired from her job as a funeral director for R.G. and G.R. Harris Funeral Homes in 2013 because she asked to be identified as a woman rather than a man. The case before the Supreme Court considers whether Stephens was protected by Title VII of the Civil Rights Act, which prohibits workplace bias “because of … sex.”

Stephens had argued that she would still have her job if she was a man, and that she was fired because of her sex.

She also claimed that she was fired based on sex stereotypes, and she should be protected under the Supreme Court case Price Waterhouse v. Hopkins.

A decision in Stephens’ case could come as soon as Thursday, the National Center for Transgender Equality told the New York Times.

“Aimee did not set out to be a hero and a trailblazer, but she is one, and our country owes her a debt of gratitude for her commitment to justice for all people and her dedication to our transgender community,” said one of her lawyers, Chase Strangio, who is the deputy director for trans justice with the ACLU’s LGBT & HIV Project, in a statement. “She has been an inspiration to millions around the world.”

ABAJournal.com: “Chemerinsky: It’s likely to be an amazing year in the Supreme Court”