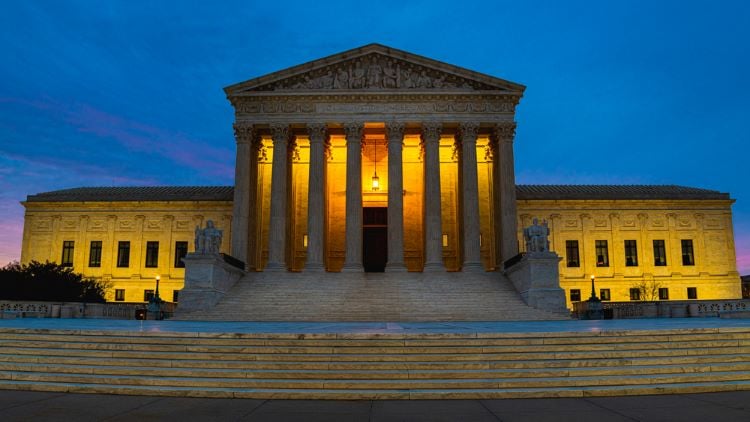 The U.S. Supreme Court has agreed to consider what kind of mental state a speaker must have to be convicted for “true threats” that aren’t protected by the First Amendment.

The high court agreed Friday to consider the case of Billy Raymond Counterman, who was convicted under a stalking statute that bans threatening speech without regard to the speaker’s mental state, according to the cert petition.

At issue is whether Counterman can be convicted for statements that he didn’t intend as a threat or didn’t recognize as threatening in nature.

The Colorado Supreme Court held in 2006 that the stalking statute requires only that a speaker knowingly made the communications at issue and does not require the speaker to be aware that their acts would cause a reasonable person to suffer emotional distress.

Federal appeals courts have split on whether a conviction for threatening statements should be based on a subjective test focused on actual mental state or an objective test that considers whether a reasonable person would view the message as threatening.

Counterman had sent a series of messages to a musician from several different accounts. The musician, C.W., never responded. Counterman’s messages included:

• “Five years on Facebook. Only a couple physical sightings.”

• “How can I take your interest in me seriously if you keep going back to my rejected existence?”

• “I’ve had tapped phone lines before. What do you fear?”

• “You’re not being good for human relations. Die. Don’t need you.”

• “Talking to others about me isn’t prolife sustaining for my benefit. Cut me a break already. … Are you a solution or a problem?”

• “Staying in cyber life is going to kill you. Come out for coffee. You have my number.”

Counterman was convicted and sentenced to four and a half years in prison.

The Supreme Court previously considered what kind of mental state is required for a true-threats conviction in Elonis v. United States. The Supreme Court avoided the constitutional issue, holding that the federal threats statute requires consideration of the defendant’s mental state.

Counterman is represented by the Colorado state public defender and lawyers from Arnold & Porter Kaye Scholer.