In time for the 80th anniversary of one of the most sensational trials in U.S. history, The People v. Charles Luciano, comes a novel so deeply rooted in fact its… 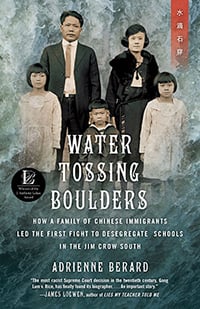 Almost 30 years before Linda Brown and her parents took on the Topeka Board of Education in Brown v. Board of…

Should bystanders have a legal duty to intervene? Holocaust scholar weighs in (podcast)

If you are a bystander and witness a crime, should intervention be a legal obligation? Or is moral responsibility enough?

Is it time to rethink solitary confinement? (podcast)

In the 1960s and 1970s, a series of deadly prison riots convinced corrections officials that long-term solitary confinement was the only solution to control the “worst of the worst.” Supermax…

Being the pioneers of something almost automatically means not everything will be done to the standards you’ve yet to create. So, it should come as no surprise the now-legendary Beatles…

In novel ‘Al-Tounsi,’ author looks at US Supreme Court through a human lens (podcast)

In his debut novel Al-Tounsi, critically acclaimed Canadian-American author and playwright Anton Piatigorsky tells the behind-the-scenes story of U.S. Supreme Court justices as they consider a landmark case involving the rights of detainees held in a Guantanamo Bay-like overseas military base. It explores how the personal lives, career rivalries, and political sympathies of these legal titans blend with their philosophies to create the most important legal decisions of our time.

What can neuroscience tell us about crime? (podcast)

The Hon. Alberto R. Gonzales rose from humble beginnings in Humble, Texas, to some of the highest legal positions in the country as White House counsel and U.S. attorney general under President George W. Bush.

Was this lawyer-turned-WWII-spy the basis for James Bond? (podcast)

In a different time, Dusko Popov might have enjoyed the life of a Serbian playboy without the interruption of espionage, subterfuge and violence.

But from the early days of World…

What can past presidential history teach us about today? (podcast)

The law is not Dallas attorney Talmage Boston's only love. He's had a fascination with presidential history since he was 7 years old.

A seismic shift in how the US wages war, and what it means for the American public (podcast)

What is war? Is it a state that is entirely distinct from peace? Has it changed over the years to become something else? In this episode of the Modern Law…

Freedom isn’t the end of the story for exonerees (podcast)

When we hear about the wrongfully convicted, media coverage usually ends with the person being released from prison or reaching a large settlement with the state. But for the exonerated,…

How a 1980s lynching case helped bring down the Klan (podcast)

On the morning of March 21, 1981, the body of 19-year-old Michael Donald was found hanging from a tree in Mobile, Alabama. The years that followed saw the conviction of…

Author Allison Leotta has used her 12 years of experience as a federal sex-crimes prosecutor in Washington, D.C., to bring real-world issues into her fiction. Leotta has written five novels…

From the 18th century through the beginning of the 1970s, American officials had an incredibly versatile weapon to use against anyone seen as dangerous to society or as flouting societal…

A year before Netflix’s viral hit Making a Murderer was making headlines, Wisconsin prosecutor Michael Griesbach released his book The Innocent Killer: A True Story of a Wrongful Conviction and…