As violent crime in New York City peaked from 1988-1991, policy makers were desperate for ways to combat and prevent it. In 1994, a new theory was embraced by the…

Roe v. Wade had broader impact than the public realizes, says author of ‘Beyond Abortion’ (podcast)

In the 45 years since Roe v. Wade was decided, it has been a focal point for both anti-abortion and pro-abortion rights groups. But the opinion in the 1973 case has also been used by activists of liberal, libertarian and conservative ideologies to develop privacy arguments for issues ranging from access to experimental drugs to euthanasia to personal data security to sex worker rights.

When we think of civil rights movements, the first to spring to mind might be the battles against African-American segregation or for women's suffrage. But one of the longest, most successful–and least-known–of these movements in America has been made on behalf of corporations. In this episode of the Modern Law Library, professor Adam Winkler, author of We the Corporations: How American Businesses Won Their Civil Rights, shares what he learned from his investigation into how corporations have achieved constitutional protections ranging from the right to sue and be sued, to individual rights like religious liberty protections and free speech.

For nearly two decades, Dr. Steven Hayne and Dr. Michael West were the go-to experts who Mississippi law enforcement and prosecutors relied on when there was a potential homicide. Hayne performed the bulk of the autopsies in the state, while West was a dentist who touted his skill in bite-mark analysis and his pioneering use of UV light on human skin to detect trace markings he claimed he could match to objects. But after years of investigations and countless testimonies from the men, their claims of expertise began to fall apart—and wrongful convictions began coming to light. 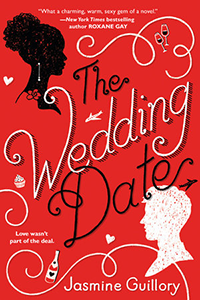 Being trapped on an elevator leads to romance for the hero and heroine in The Wedding Date, written by attorney Jasmine Guillory. When a pediatric surgeon impulsively asks the mayor's chief of staff to be his date to his ex-girlfriend's wedding that weekend, sparks fly. But can the two make a long-distance relationship work?

As general counsel for the Teamsters Union Local 810, Mark Torres spends his days arguing for workers' rights. But another of his passions is writing; he published his debut crime novel A Stirring in the North Fork in 2015.

So when he was approached by Hard Ball Press to write a bilingual children's book explaining the importance of labor unions in ways that kids could connect with, Torres agreed. Good Guy Jake (or Buen Chico Jake) tells the story of a sanitation worker who breaks the rules by taking toys from the trash along his route, but for a good reason: He fixes the toys and donates them to a local shelter so that children can have presents at Christmas. When Jake's manager discovers that Jake has been violating regulations, it's up to Jake's union representative, his lawyer and an arbitration judge to determine whether Jake has to lose his job or whether there's a more fitting solution to the problem.

To Bryan Garner, editor-in-chief of Black’s Law Dictionary, Justice Antonin Scalia was a friend, a mentor, a collaborator and a fellow lover of words. In the wake of Scalia’s death on Feb. 13, 2016, Garner reflected back over their relationship, from their first brief introduction in 1988 to the trip they took to Asia together in the last weeks of Scalia’s life. Those reflections turned into his latest book, Nino and Me: My Unusual Friendship with Justice Antonin Scalia.

You have reason to believe you’re being monitored by the government—that they are following you and cataloging everywhere you go and everyone you talk to. The knowledge haunts you, and it has a chilling effect on everything you do. But can you sue to stop it, or even to find out whether it's really happening?

Barbie v. Bratz: What happened when toy titans took each other to court (podcast)

In this month’s Modern Law Library, we read a thrilling tale of dueling toymakers, corporate espionage and a group of brats taking on the queen of the Dreamhouse.

Professor Orly Lobel, author of You Don’t Own Me: How Mattel v. MGA Entertainment Exposed Barbie’s Dark Side, speaks to the ABA Journal’s Lee Rawles about how an intellectual property dispute between the maker of Barbie and the creator of Bratz spun into a legal battle that would last more than a decade.

As a former federal prosecutor in Washington, D.C., Paul Butler once worked to put people in prison. Now, he has come to believe that prisons should be abolished.

One day, there is a knock at the door, and you are handed a letter. The letter lists your friends, your activities, and the possible legal consequences you might face for those activities. The letter also says that you may be the next to be shot—or to kill someone else.

What can we learn from the history of interracial relationships in America? (podcast)

Richard and Mildred Loving did not set out to be civil rights pioneers. But in 1958, police burst into their home and arrested them for violating the Racial Integrity Act of 1924. Richard was white, and Mildred was not. They were legally married in Washington, D.C., but that did not protect them in Virginia. After years of living in virtual exile from their home state to avoid prison time, the Lovings looked to the courts for relief. And 50 years ago this summer, the U.S. Supreme Court granted that relief in Loving v. Virginia, striking down Virginia's law against interracial marriage and declaring that the freedom to marry is "one of the vital personal rights essential to the orderly pursuit of happiness by free men."

If you mention a terrorist attack in which a Libyan suitcase bomb brought down an airliner, most people will be quick to remember Pan Am Flight 103, which crashed on Dec. 21, 1988 in Lockerbie, Scotland, killing 270 people. But there is another, similar attack that happened nine months later, on Sept. 19, 1989.

The rights to free speech and freedom of the press were guaranteed in the Bill of Rights. But when it was first passed—and for its first hundred or so years—the First Amendment was not the robust defense we think of today.

Legendary civil rights attorney Floyd Abrams joins the ABA Journal’s Lee Rawles to discuss his book The Soul of the First Amendment in this episode of the Modern Law Library.

You know after a breakup when your family tells you “the right one will come along?” You begrudgingly take their advice with the proverbial grain of salt because even though…

What do lawyers and lexicographers have in common? The main job of both is to determine the meaning of words.

In this episode of the Modern Law Library, the ABA Journal's Lee Rawles talks with Kory Stamper about her work as a lexicographer and editor for Merriam-Webster; her new book, Word by Word: The Secret Life of Dictionaries; and her position as chief defender of the word "irregardless."

In this special mega-episode of the Modern Law Library, the ABA Journal's Lee Rawles speaks with all three finalists for this year's Harper Lee Prize for Legal Fiction about their novels, careers—and the first time they remember reading To Kill a Mockingbird.

In time for the 80th anniversary of one of the most sensational trials in U.S. history, The People v. Charles Luciano, comes a novel so deeply rooted in fact its…