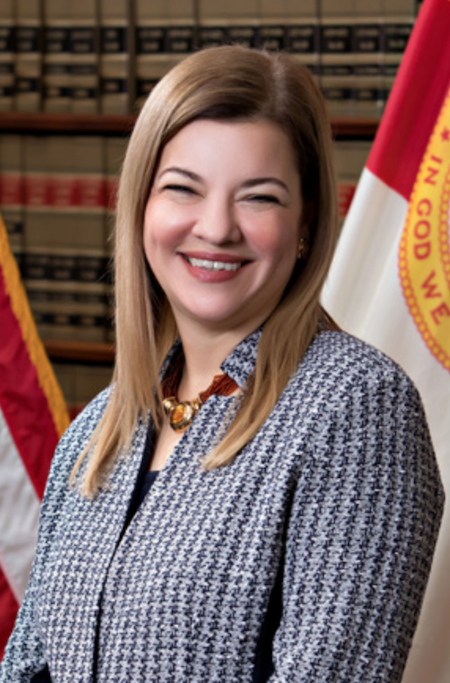 A Cuban American judge who fought to keep a Cuban boy in the United States is said to be a top contender for the U.S. Supreme Court following the death of Justice Ruth Bader Ginsburg.

Judge Barbara Lagoa, 52, of the 11th U.S. Circuit Court of Appeals at Atlanta was formerly a judge on the appellate and supreme court in Florida. A graduate of the Columbia University Law School, she was formerly a lawyer at Greenberg Traurig and a federal prosecutor. She was confirmed to the 11th Circuit in November 2019.

Supporters say a Lagoa nomination could help President Donald Trump garner Cuban American voters in the swing state of Florida. Some big-name Florida politicians are pushing for her, according to Politico.

But she is a relative unknown, and her record on voting rights and executive power could prove contentious, the Washington Post reports. They include decisions on felon voting requirements and the Florida governor’s authority to suspend a sheriff, according to Reuters.

“Several of Lagoa’s decisions raise concerns that she will side with the wealthy and powerful at the expense of everyday Americans as a federal judge,” the nonprofit Alliance for Justice said in a press release opposing Lagoa’s 11th Circuit nomination.

Lagoa had a different description of herself in her interview for the Florida Supreme Court, calling herself a “legal nerd,” according to Reuters.

Her views on abortion are unclear, but one of her supporters, Republican U.S. Rep. Matt Gaetz of Florida, has described her as “very pro-life,” according to the Washington Post. Lagoa previously told the Senate Judiciary Committee that she would “faithfully apply” precedents regarding Roe v. Wade.

Lagoa had been a member of the pro bono legal team representing relatives of Elian Gonzalez, a young Cuban child. They fought the Clinton administration’s bid to return the boy to his father in Cuba. Lagoa’s own parents were exiles who fled Cuba in 1966, according to Politico.

On the 11th Circuit, Lagoa joined an en banc decision Sept. 11 that held that Florida did not violate the Constitution by requiring felons to pay fines, fees, costs and restitution before they are able to vote.

The Florida legislature had imposed a fines and fees requirement after Florida voters passed Amendment 4, a 2018 state constitutional amendment that restored voting rights to many felons “upon completion of all terms of sentence including parole or probation.”

Critics disagreed not only with that finding but also said Lagoa should have recused herself because she participated in oral arguments before the Florida Supreme Court issued an advisory opinion interpreting the phrase “all terms of sentence.” The state high court said the phrase required payment of fees and costs before voting.

While on the state courts in Florida, Lagoa also wrote a decision finding that Florida Gov. Ron DeSantis had the executive authority to suspend a sheriff for his handling of the 2018 mass shooting at a school in Parkland, Florida.

She also joined justices who declined to review a decision striking down a hike in the minimum wage by the city of Miami Beach and joined judges withdrawing a decision that made it easier for homeowners to recover legal fees from banks for wrongful foreclosures.

Lagoa’s husband, Paul Huck Jr., a lawyer with Jones Day, has been described as the “godfather of the Federalist Society in Miami,” according to the Washington Post.