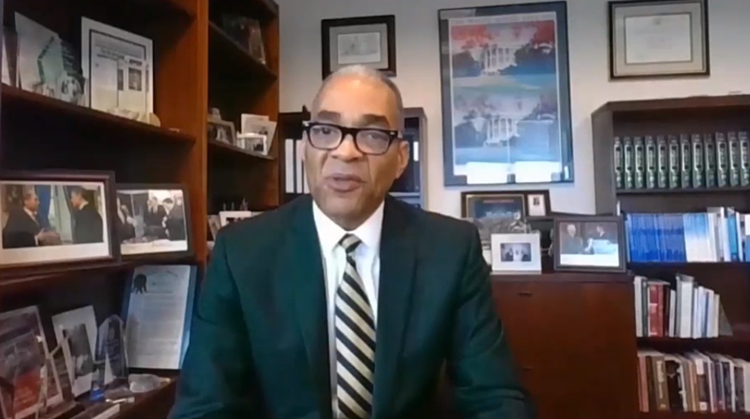 ABA president calls for spirit of cooperation in Sept. 11 statement

The ABA joins all of America in remembering the 20th anniversary of the Sept. 11, 2001, terrorist attacks, said ABA President Reginald M. Turner Jr. in a statement Friday. “We mourn for the lives lost and the families forever affected,” Turner said. After the attacks, the nation united against a common threat, he noted. “Let us try to capture that spirit of cooperation today as we tackle the difficult issues we now face,” he said. Turner said the legal profession played an important role in the fight against terrorism, promoting policies that preserve the rule of law while balancing significant concerns, such as security, privacy and the protection of civil liberties. (Turner’s statement)

Female judges in Afghanistan fear for their lives

Most of Afghanistan’s estimated 250 female judges did not escape the country when the United States withdrew its troops, and they now live in fear for their lives. The judges face possible violence by the Taliban and reprisal by prisoners who were freed by the Taliban. (Reuters, the Independent)

A federal judge in California has ruled that Apple must allow app developers to include links in their apps that offer customers the option of paying outside Apple’s payment processing service. U.S. District Judge Yvonne Gonzalez Rogers of the Northern District of California ruled in an antitrust challenge by Epic Games, a maker of video games, which pays a 30% commission for its customers’ Apple store purchases. Rogers ruled for Apple on other issues, however, saying Apple is not a monopolist. “Success is not illegal,” she said. (The Washington Post, the New York Times, Politico, CNN, Rogers’ order and permanent injunction)

An Orlando, Florida, lawyer has been disbarred after she was accused of ramming her Land Rover into a rented vehicle on her ex-husband’s driveway, breaking his girlfriend’s car windows and spitting on police. The lawyer, Francine Blair Bogumil, had pleaded no contest to criminal charges in connection with the incident. The Florida Bar noted Bogumil’s July 29 disbarment in a Sept. 1 summary of disciplinary actions. (The Legal Profession Blog, the Florida Bar’s summary of disciplinary actions, the July 29 order)

The legal industry continues to expand since it lost 68,000 jobs in April 2020. In August, the legal services sector had 1,141,200 jobs, an increase of 29,600 jobs since August 2020, according to seasonally adjusted numbers by the U.S. Bureau of Labor Statistics. The one-month gain was 4,300 jobs in August and 2,900 jobs in July, according to the revised numbers released Sept. 3. (U.S. Bureau of Labor Statistics)

Former FBI lawyer Kevin Clinesmith has been suspended in two jurisdictions after he was sentenced to probation for altering an email. Clinesmith was accused of changing the email in an “inappropriate shortcut” to justify surveillance of a former Trump campaign adviser. Clinesmith was suspended for two years in Michigan and for one year in Washington, D.C. The Michigan suspension ends in August 2022, while the D.C. suspension ended last month. (Reuters)

The Mexico Supreme Court ruled Tuesday that criminalizing abortions violates Mexico’s Constitution. As a result of the decision, women arrested for having an abortion will be able to challenge their charges. (The New York Times)