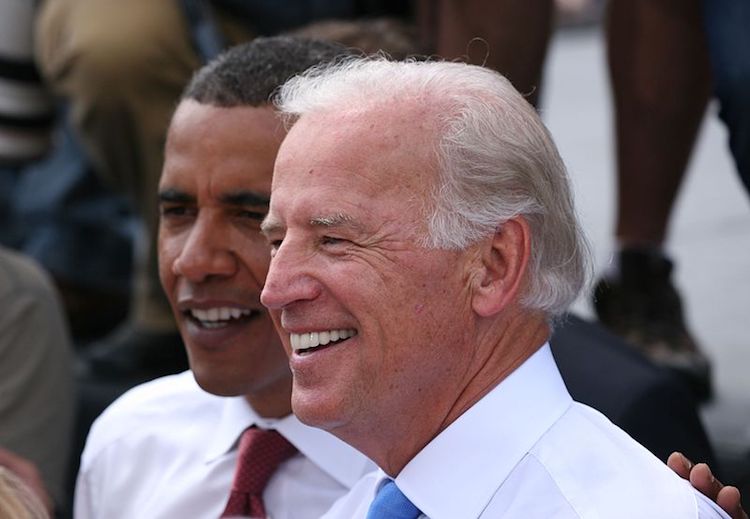 Joe Biden and Barack Obama in 2008. Photo by Daniel Schwen via Wikimedia Commons.

Democratic presidential candidate and former Vice President Joe Biden said Dec. 28 he would appoint former President Barack Obama to the U.S. Supreme Court, if he would take the position. Biden spoke in response to a question at a campaign event. Biden, who was Obama’s vice president, went on to say he would appoint people to the Supreme Court who see the Constitution as a living document. “I said years ago, I’ll be satisfied when half the court is women,” Biden said. (CNN, the New York Times)

A former assistant public defender who never passed the bar exam pleaded guilty Friday to impersonating a lawyer. Kelcie Miller, 26, of Edwardsville, Illinois, worked at the Madison County, Illinois, public defender’s office from October 2018 until May 2019, when a judge discovered that she didn’t have a law license. She will have to pay more than $40,000 in restitution to cover the salary and benefits that she received and will serve 30 months of probation. (The St. Louis Post-Dispatch, the Belleville News-Democrat, press release)

Jerry James Bishop II, a lawyer from Toledo, Ohio, has received a two-year suspension, with the second year stayed, for causing his elderly clients to list his wife and his sons’ Boy Scout troop as contingent beneficiaries on an annuity contract. After a friend of the couple filed an ethics complaint, Bishop did not acknowledge his role in changing the paperwork but did agree to recommend corrective action. A new change of beneficiary form designated the estate of the surviving elderly client as secondary beneficiary. Bishop later admitted the handwriting on the change-of-beneficiary form was his own. Bishop told the Toledo Blade that the elderly clients were his neighbors, that he didn’t intend to deceive them, and that the misconduct charges were “an overreach.” Bishop also said he looks forward to reinstatement. “I’ve got 40 good years under my name,” said Bishop, who is 66. (The Toledo Blade, Court News Ohio, Dec. 24 Ohio Supreme Court opinion)