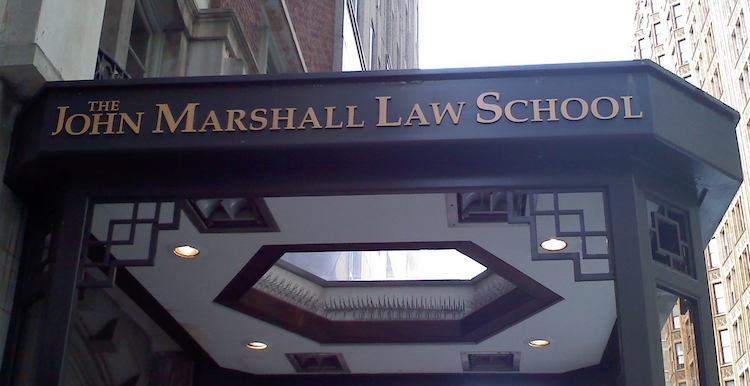 The name of John Marshall, a former U.S. Supreme Court chief justice who wrote seven majority opinions rejecting freedom for slaves, will be removed from a Chicago law school. The John Marshall Law School was a private, stand-alone school until 2019, when it merged with the University of Illinois at Chicago. Part of the agreement was to keep the late justice’s name, but the board of trustees decided this week to remove it based on a recent scholarship examining Marshall’s history. The change will be effective July 1. Marshall was the chief justice from 1801 to 1835. His court heard 14 cases involving Black freedom, and Marshall wrote the majority for seven, all of which slaves lost, according to a 2020 University of Chicago Law School law review article by Paul Finkelman. Marshall of Virginia also bought and sold many slaves during his lifetime and petitioned the Virginia legislature to remove free Blacks from the state, according to the article. (University of Illinois at Chicago press release, Finkelman’s essay)

The Senate Judiciary Committee on Thursday advanced five of President Joe Biden’s judicial nominees, including federal appeals nominees Judge Ketanji Brown Jackson and Candace Jackson-Akiwumi. Jackson, a federal judge nominated to the U.S. Court of Appeals for the District of Columbia Circuit, won approval by a 13-9 vote. Jackson-Akiwumi, a partner at Zuckerman Spaeder nominated to the 7th U.S. Circuit Court of Appeals at Chicago, was approved 12-10. Republicans on the committee voted against both nominees, except for Sen. Lindsey Graham of South Carolina, who voted for both, and Sen John Cornyn of Texas, who supported Jackson but not Jackson-Akiwumi. (Law.com, Law360)

President Joe Biden on Thursday signed a bill that creates a new Department of Justice position to hasten review and improve reporting of possible hate crimes related to the pandemic. The COVID-19 Hate Crimes Act is intended to combat a rise in anti-Asian hate crimes. (CNN)