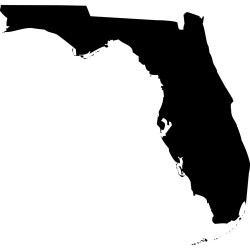 A Florida lawmaker says he was just joking when he said told a Jewish colleague that he was a “Christian, not an attorney.” State Sen. Jeff Brandes made the comment when asked about the definition of gross negligence in his bill to limit coronavirus-related lawsuits against nursing homes and other health-care providers. Later, when a different colleague asked whether lawyers could be Christians, Brandes replied, “I think attorneys can be reformed.” (The News Service of Florida)

‘An innocent man is trapped’ on death row

A former Alabama attorney general who describes himself as a lifelong defender of the death penalty is taking the side of death row inmate Toforest Johnson in a Washington Post op-ed. “An innocent man is trapped on Alabama’s death row,” writes former Alabama Attorney General Bill Baxley. No physical evidence links Johnson to the murder of a sheriff’s deputy, multiple alibi witnesses placed Johnson across town at the time of the crime, and the only witness against him was paid $5,000 for her testimony, Baxley says. The witness testified she overheard someone she thought was Johnson admit to the crime. The district attorney in the county where Johnson was tried 22 years ago, Danny Carr, reviewed the case and concluded Johnson deserves a new trial. (Baxley’s Washington Post op-ed, the Washington Post)

Embattled lawyer Tom Girardi suffers from emotional distress and confusion as a result of Alzheimer’s disease, according to a court filing on Wednesday by a physician who examined him. Girardi was placed into a temporary conservatorship under his brother after a lawsuit accused the lawyer of embezzling settlement money. The State Bar of California placed Girardi on involuntary inactive status on Tuesday due to the conservatorship. Girardi is married to The Real Housewives of Beverly Hills star Erika Jayne, who has filed for divorce. (Law360, Reuters Legal)