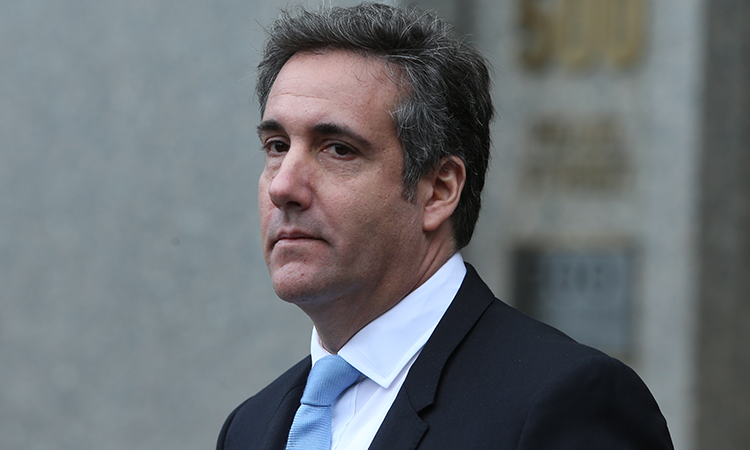 President Donald Trump’s former lawyer, Michael Cohen, will be released from prison to home confinement. He is among several prisoners being released from a minimum security prison camp in New York because of concerns about COVID-19. He pleaded guilty in 2018 to lying to Congress, campaign finance violations, and bank and tax fraud. He was sentenced to three years in prison. (The New York Times, NBC News)

Actor Alec Baldwin and Pink Floyd musician Roger Waters protested the ongoing home detention of embattled environmental lawyer Steven Donziger in a virtual press conference Thursday. The speakers also unveiled a letter of support signed by 30 Nobel Prize laureates. A federal judge had found that Donziger obtained a fraudulent judgment against Chevron in Ecuador. Donziger is confined to his home while fighting contempt charges for failing to turn over his computer and electronic devices. (Law360, Courthouse News Service)

The Rev. Al Sharpton is once again criticizing Skadden, Arps, Slate, Meagher & Flom over diversity. Sharpton said in a letter that 11 of its 13 new partners were white, and none of them were African American or Latino. “How can we achieve an equitable justice system if people of color aren’t afforded the opportunity to work at the most prestigious law firms?” he wrote. “How can we expect the judges in our courts to reflect the racial, ethnic and gender diversity of the communities they represent if they do not gain the experience needed to rise to those positions?” Skadden previously defended its diversity record when Sharpton criticized the firm for having few minorities in its Wilmington, Delaware, office. (Bloomberg Law)

The State Bar of California is allowing its staff to extend several deadlines for lawyers until Sept. 30. Lawyers won’t be suspended for failing to pay license fees until that date, they won’t have to comply with continuing legal education until then, and certain lawyers won’t have to get fingerprinted until then. In addition, staff members have the authority to waive late-payment penalties on license fees for lawyers affected by COVID-19. (State bar press release and rule changes)