Election litigation brings developments in 2 Pennsylvania cases; what else is pending? 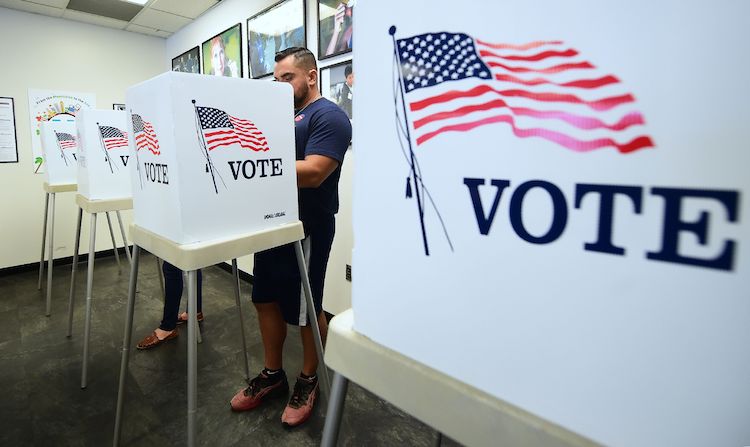 Election litigation is heating up in advance of the midterm elections next week—bringing developments in two Pennsylvania cases.

The state supreme court said county boards of elections should not count the undated ballots but should set them aside and preserve them. The court has only six members after the death of Chief Justice Max Baer.

On Oct. 31, the U.S. Supreme Court refused to hear a Republican congressman’s challenge to a Pennsylvania voting map that gives Democrats “a shot at a majority” in the state house, Courthouse News Service reports.

Republican Pennsylvania State Rep. Kerry Benninghoff had argued that the map unconstitutionally used race in drawing districts in a way that “went well beyond what the Voting Rights Act of 1965 required.”

Pennsylvania is among the battleground states where much of the election litigation is being waged, Reuters reports. Other states seeing a lot of litigation include Arizona and Georgia. As of early October, the Brennan Center for Justice at the New York University School of Law was monitoring nearly 100 cases, many of them involving the handling of absentee ballots, USA Today reports.

Marc Elias, an election lawyer representing the Democratic National Committee and other Democratic groups, told Reuters that his firm is working on at least 50 lawsuits.

“We are seeing more litigation in 2022 relating to elections and election administration and the like than we have ever seen before,” Elias told Reuters.

Litigation is partly spurred by new state laws that make it more difficult to obtain and cast absentee ballots, according to speakers at a webinar this week sponsored by Common Cause, a watchdog group based in Washington, D.C. The litigation could hold up election results, said Sylvia Albert, director of voting and elections at Common Cause.

Other developments in election litigation include:

• U.S. District Judge Michael T. Liburdi of the District of Arizona ruled Nov. 1 that a group monitoring drop boxes in Arizona has to stay at least 250 feet away. The group is also barred from filming people within 75 feet of a drop box or a building that houses a drop box, from spreading false information about Arizona’s early-voting laws, and from posting information about voters online. The plaintiff is the League of Women Voters. The U.S. Department of Justice had argued in a brief filed in the suit that the U.S. Constitution does not protect voter intimidation. (The Associated Press, the New York Times)

• In late October, a Wisconsin judge blocked the counting of absentee ballots with incomplete addresses. (The Associated Press)

• A federal judge ruled in August that plaintiffs are likely to succeed in their argument that at least part of a restrictive Georgia election law violates the First Amendment. The law banned anyone from providing food or drinks to people in voting lines. (USA Today)

• The Wisconsin Supreme Court ruled for a conservative group in July, holding that unstaffed ballot drop boxes are not allowed under state law. The state supreme court also said dropped-off ballots must be delivered by the voter—not someone else. (NPR, Reuters)

• In May, a federal appeals court reinstated provisions of a restrictive election law in Florida. (ABAJournal.com)