'I am not the president’s lawyer': Garland says he wouldn't be swayed by politics as attorney general 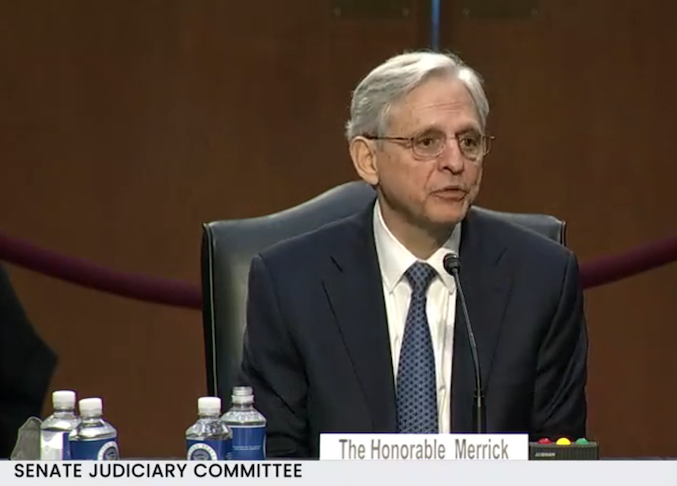 Judge Merrick Garland of the U.S. Court of Appeals for the District of Columbia Circuit pledged Monday to remain independent and restore integrity to the U.S. Department of Justice if he is confirmed as the next U.S. attorney general.

In prepared remarks for his confirmation hearing, Garland said the attorney general represents the people of the United States, rather than any individual. In response to questions by Republican U.S. Sen. Ted Cruz of Texas, Garland said he would not be swayed by politics, the National Law Journal reports.

“I am not the president’s lawyer. I am the United States’ lawyer,” Garland told Cruz. “I will do everything in my power, which I believe is considerable, to fend off any effort by anyone to make prosecutions or investigations partisan or political in any way. My job is to protect the Department of Justice and its employees in going about their job and doing the right thing under the facts and the law.”

Other publications with coverage of the nomination hearing include the Washington Post, the New York Times, USA Today, CNN and Reuters.

Garland, a federal appeals judge, was nominated to the U.S. Supreme Court in March 2016. The nomination failed when the Republican-controlled Senate refused to have a hearing on the nomination.

Garland said in his prepared remarks he has loved being a judge, a position he occupied for almost 24 years. But leading the DOJ is an important step for him because of its critical role in ensuring the rule of law, he said.

Garland said he has not discussed with President Joe Biden the tax investigation of the president’s son, Hunter Biden, according to the New York Times and USA Today. “The president made abundantly clear in every public statement before and after my nomination that decisions about investigations and prosecutions will be left to the Justice Department,” Garland said.

When asked about the special counsel investigating the probe of Russian election influence, Garland said he had not been briefed on the status and findings of the probe, according to the New York Times.

“I don’t have any reason to think that he should not remain in place,” Garland said of the special counsel, John Durham. “I would have to talk with Mr. Durham and understand the nature of what he has been doing and the nature of the report.”

• His top priority as attorney general would be the investigation into the Jan. 6 U.S. Capitol riot. “This was the most heinous attack on democratic processes I’ve ever seen,” Garland said. Asked whether he would examine not just the rioters but also those who funded and abetted them, Garland said, “We begin with the people on the ground and we work our way up, and we will pursue those leads wherever they take us.” According to the National Law Journal, Garland and Democratic Sen. Sheldon Whitehouse of Rhode Island, who was questioning him, didn’t mention Trump as among that group, “but the exchange hinted at his inclusion.”

• The justice system has implicit bias. Garland said he was shocked to see videos of Black people being killed by police, and department investigations were a possibility, according to USA Today. Remedies could include consent decrees and individual prosecutions. Garland said he didn’t support defunding police, but he did support giving police departments more money for reforms.

Democratic Sen. Dick Durbin of Illinois, the Senate Judiciary Committee chairman, said he expected the committee to vote on Garland’s nomination March 1. The Senate could vote the same week, he said.

ABAJournal.com: “Judge Merrick Garland is Biden’s pick for attorney general; rule of law ‘is not just some lawyer’s turn of phrase’”