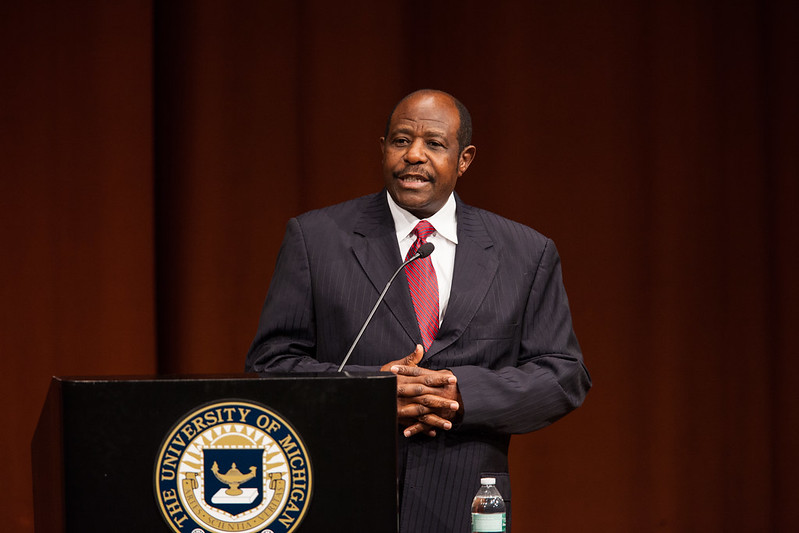 The ABA Center for Human Rights says a guilty verdict and 25-year sentence are unfair in the Rwandan terrorism trial of Paul Rusesabagina, the activist and former hotelier whose lifesaving efforts inspired the movie Hotel Rwanda.

“This was a show trial rather than a fair judicial inquiry,” Robertson said in a press release. The New York Times has coverage of Monday’s verdict and sentence.

Rusesabagina was credited with helping save more than 1,000 people during Rwanda’s 1994 genocide by sheltering ethnic Tutsis and moderate Hutus at the hotel he managed, according to a background report by the ABA Center for Human Rights.

He later became a critic of Rwandan leader Paul Kagame and co-founded a coalition of opposition groups in 2018. An armed wing of the coalition group has been accused in several Rwandan attacks.

Rusesabagina was living in San Antonio in August 2020 when he boarded a flight to speak to local churches in Burundi. The pastor who extended the speaking invitation was an agent for Rwandan intelligence, and Rusesabagina’s plane landed in Rwanda’s capital city.

According to the June TrialWatch report, Rusesabagina was denied his right to adequately prepare for trial and his right to confidential communication with counsel.

The report said prison officials had intercepted, read and often retained communications between Rusesabagina and his lawyers. And when the judge ruled in March that the trial could proceed, authorities still had not returned seized documents to Rusesabagina and still had not provided him with a computer to review court papers.

Rusesabagina withdrew from participation in the case in March, but no amicus lawyer was appointed to probe the government’s case. “To the contrary,” the report says, “the court presiding over Mr. Rusesabagina’s case failed to ask questions testing the motives or credibility of the two witnesses against Mr. Rusesabagina who testified in hearings immediately following his withdrawal from the trial. Of subsequent witnesses, the court went so far as to ask leading questions about Mr. Rusesabagina’s guilt.”