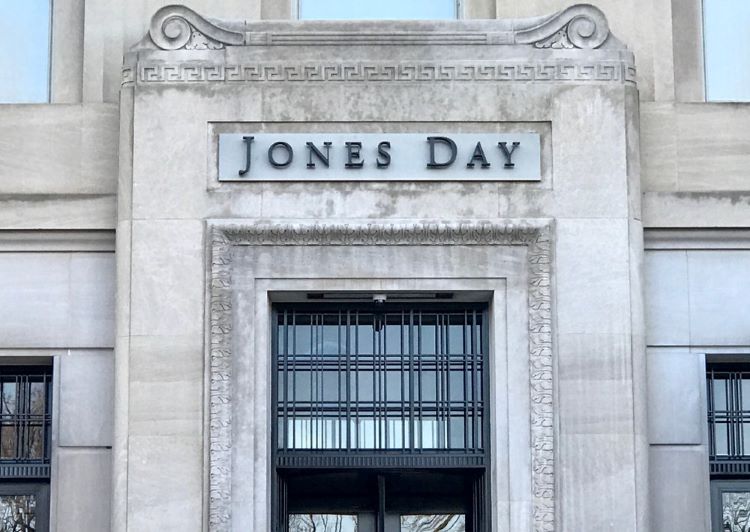 After the election of former President Donald Trump, many Jones Day lawyers “sailed into his White House, the Justice Department and other parts of his administration,” signaling the influence of the corporate law firm that had built a practice helping Republicans win elections and attain their political goals.

The New York Times published a story on Jones Day’s influence that was adapted from an upcoming book by David Enrich, business investigations editor for the New York Times. Enrich’s book is Servants of the Damned: Giant Law Firms, Donald Trump, and the Corruption of Justice.

Jones Day started to become a “conservative machine” after the managing partner job was taken over in 2003 by Stephen Brogan, described by one associate as an “extremely conservative, hard-core Catholic,” according to the New York Times.

According to the New York Times, the law firm took on “a growing list of ideologically charged cases and causes” and began to represent conservative politicians. The law firm’s lawyers represented the Trump campaign, including Don McGahn, who became the White House counsel after Trump’s election.

Jones Day had helped win Republican support for Trump by getting him to pledge to pick federal judges from a list that was vetted in advance by the law firm and the Federalist Society, a conservative organization. When Trump won, McGahn was tasked with overseeing the selection of federal judges for Trump.

McGahn, who joined Jones Day from Patton Boggs (now Squire Patton Boggs) in 2014, “was poised to wield immense power—and so was his firm,” the New York Times reports. “The firm’s lawyers soon became responsible for identifying and scrubbing candidates for many positions in the White House and the Justice Department. The work was unpaid. … Why was Jones Day willing to do it? In part, it seemed, because it provided the firm with a unique opportunity to seed a new administration with its own staff.”

Another Jones Day lawyer who joined the administration was Noel Francisco, who became the U.S. solicitor general and argued 17 cases before the U.S. Supreme Court. When the Trump administration sought to ask people filling out their census forms whether they were citizens, much of the legal work was handled by Department of Commerce lawyer James Uthmeier, who had worked at Jones Day. Uthmeier is now the chief of staff for Republican Florida Gov. Ron DeSantis.

Several former and current Jones Day lawyers were appointed to federal judgeships in the Trump administration, including Gregory Katsas (the U.S. Court of Appeals for the District of Columbia Circuit), Eric Murphy and Chad Readler (the 6th U.S. Circuit Court of Appeals at Cincinnati) and Kathryn Kimball Mizelle (the U.S. District Court for the Middle District of Florida).

“It soon became hard to distinguish where Jones Day’s interests ended and the Trump administration’s began,” the New York Times reports. “Cases the firm had argued from outside the government were now ones that could be decided from inside it.”

The story noted that Jones Day had lined up Catholic organizations to file lawsuits challenging the Affordable Care Act’s contraception mandate. The suits became moot after McGahn’s office worked with the Department of Justice to issue a rule allowing employers with religious objections to exclude contraceptive coverage from health plans.

A settlement between Jones Day and the DOJ paid the law firm $3 million for some of its costs in the pro bono litigation.

McGahn left the administration in 2018. He had considered quitting before that when Trump pushed him to fire then-special counsel Robert Mueller, who led the investigation of Russian interference in the 2016 presidential election.