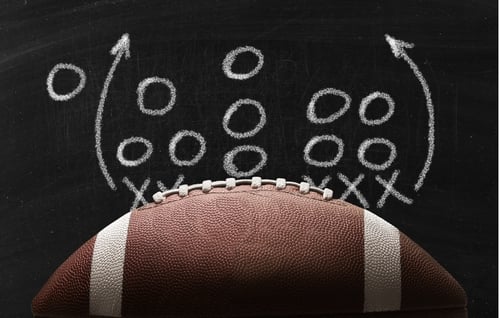 The U.S. Supreme Court on Friday agreed to hear the case of a high school football coach who lost his job after defying the school district’s orders to stop praying with students at the 50-yard line after games.

The assistant coach, Joseph A. Kennedy, says his Christian beliefs require him to give thanks through prayer at the end of each game, SCOTUSblog reports. He was a coach at a public school in Bremerton, Washington.

The New York Times and the Washington Post also have coverage.

Kennedy initially prayed alone. But, eventually, most of the team joined his after-game prayers.

Kennedy’s cert petition asks the high court to decide two issues. The first is whether his “quiet prayer” visible to students is government speech lacking First Amendment protection. The second is whether the establishment clause compels the school district to ban his prayers, even if they are private speech entitled to protection under the First Amendment’s free speech and free exercise clauses.

The 9th U.S. Circuit Court of Appeals at San Francisco had twice ruled against Kennedy. The first decision followed a district court’s refusal to grant Kennedy a preliminary injunction. The second decision, issued last March, held that the school district would have violated the establishment clause if it had permitted Kennedy to continue his prayers.

According to Kennedy’s cert petition, the decision “converts practically everything public schoolteachers do or say during school hours or after-hours functions into government speech that the school may prohibit, thereby ensuring that teachers in the 9th Circuit really do shed their constitutional rights to freedom of speech and expression at the schoolhouse gate. It converts the establishment clause from a protection against state-imposed religion into a cover for suppressing private religious speech.”

The school district counters that Kennedy’s conduct was coercive. He had declined the school’s offers for him to pray after games in the press box or in other places where he would not be surrounded by the team, the district said in its brief opposing certiorari.

Rather than acquiesce, Kennedy went to the media, which led students and community members to rush the field to join him, knocking over members of the marching band while doing so, the brief said.

“The district thus faced a stark choice: Either let its employee dictate how school events would be run—even if that threatened the safety and religious freedom of the students—or take the steps necessary to curb the practice,” the school’s brief said.

The Washington Post coverage points out that the Supreme Court’s “new conservative majority has been protective of individual religious rights, and it was not a surprise it took the case of Joseph Kennedy’s legal fight.”

The Supreme Court had declined to hear Kennedy’s bid for reinstatement in 2019. Justice Samuel A. Alito Jr. said in a statement at that time he agreed with the cert denial because of unresolved factual issues. But Alito’s statement—joined by Justices Clarence Thomas, Neil M. Gorsuch and Brett M. Kavenaugh—said the 9th Circuit’s “understanding of the free speech rights of public schoolteachers is troubling and may justify review in the future.”

Kennedy is represented by the First Liberty Institute, a religious legal group, while the school district is represented by Americans United for Separation of Church and State, a nonprofit organization. The SCOTUSblog page with documents on the case, Kennedy v. Bremerton School District, is here.