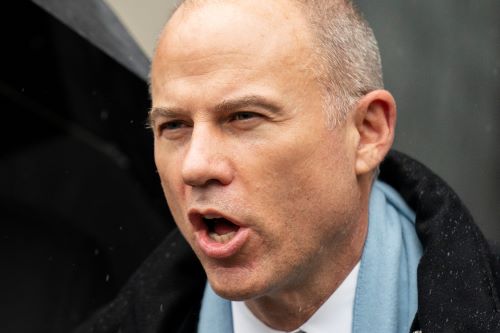 Suspended lawyer Michael Avenatti was sentenced Thursday to four years in prison for stealing nearly $300,000 in book-deal payments intended for his client, adult film actress Stormy Daniels. He had taken out a loan to pay back half the money after Daniels inquired about the missing funds. Avenatti will serve 18 months of the sentence concurrently with the 30-month sentence that he got for trying to extort Nike. He is still awaiting trial on separate charges alleging that he stole millions of dollars in settlement money from at least five clients. (CNN, Courthouse News Service, Law.com, Department of Justice press release)

No restrictions for released Reagan shooter

The man who shot former President Ronald Reagan, 67-year-old John Hinckley Jr., will be able to live free of court restrictions. Senior U.S. District Judge Paul L. Friedman of the District of Columbia said Wednesday Hinckley hasn’t shown signs of active mental illness since the mid-1980s, and he is no longer a danger to himself or others. Hinckley was released from a psychiatric hospital, with restrictions, in 2016. He hopes to pursue a career as a songwriter and performer, his lawyer said. (The Associated Press, the New York Times)

A Connecticut marshal has been unable to serve an arrest order on a lawyer who was disbarred for “empty and malicious claims” that a judge favored Jewish litigants and protected the sexual abuse of children. As of last weekend, former divorce lawyer Nickola Cunha had eluded authorities for two weeks. A judge issued the arrest order for Cunha’s alleged failures to wind down her practice and appear in court and for allegedly withdrawing $30,000 from a client account in a violation of a court order. Cunha’s lawyer told the Hartford Courant that he doesn’t know where his client is. An online statement attributed to Cunha said the judge is subjecting her to false narratives, and the $30,000 that she withdrew was rightfully hers. (The Hartford Courant)

A former product manager at OpenSea, an auction site for nonfungible tokens, has been charged with insider trading for allegedly purchasing NFTs before they appeared on the site’s homepage. Nathaniel Chastain was charged with wire fraud and money laundering in an indictment unsealed Wednesday. He allegedly sold the NFTs for two to five times the amount that he paid for them. It is thought to be the first time that anyone has been charged with insider trading related to digital assets. (The New York Times, CNN, Department of Justice press release)